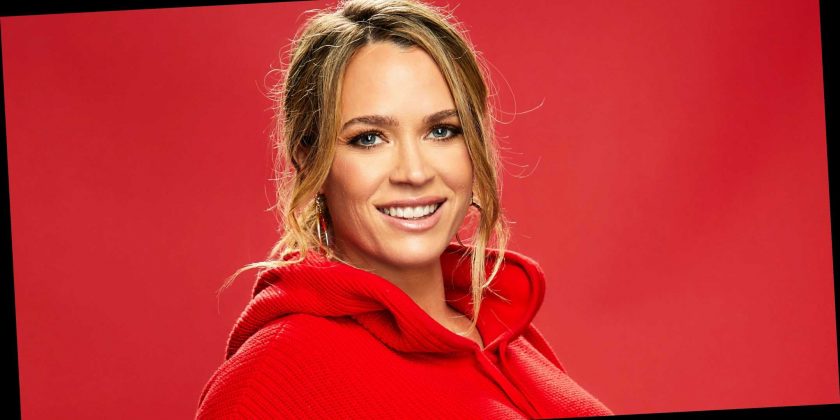 A paw-some surprise! Teddi Mellencamp introduced two new pups to her Instagram followers on Friday, December 13 — just two weeks after her family’s dog, Khaleesi, unexpectedly died at a daycare facility while they were out of town.

“Santa came a bit early,” the Real Housewives of Beverly Hills star, 38, captioned a photo of her children Slate, 6, and Cruz, 5, holding the French bulldogs. “Welcome to the family Porkchop and Havana (Ohh Na Na). While Khaleesi will never be replaced in our hearts, seeing how our snugglebugs lit up with these two, Santa knew exactly what was needed to brighten up the holidays.”

Mellencamp told Us Weekly exclusively on December 7 that the loss of their Pomeranian was difficult for her children and her husband, Edwin Arroyave.

“It’s been a lot of ups and downs like how it is when you’re grieving. So, you know, it’s been really tough for us, but we’re just trying to get through, you know, remembering the good stuff,” she explained. “She’s getting cremated right now. I’m sure we’ll do something special. We haven’t quite figured out what we’re going to do yet.”

Mellencamp added that she has forgiven the facility that was housing Khaleesi at the time of the dog’s death.

“I think the biggest thing I can just do is forgiveness and try to move on from it. You know, it’s a sad thing that happened, but I can’t — anger isn’t going to get me anywhere,” Mellencamp, who has not publicly identified the facility, told Us.

The Bravo star announced the death of their dog via Instagram on December 2.

“RIP to our loving, silly and adorable doggy Khaleesi. Our hearts are broken as we have had to say goodbye to you way too soon,” she captioned a family photo with her husband, 42, their two kids, and Arroyave’s daughter Isabella, 10, from a previous relationship. “Without going too into it– we were out of town and placed Khaleesi in a place of care where an accident happened. Sometimes things happen out of your control.”

She added, “We are doing our best to grieve as a family while also remembering the good times with our furry baby. We love you and miss you dearly. 😢💕

Mellencamp will soon welcome another addition to the family. Us broke the news in September that she and the Skyline Security CEO are expecting baby No. 3. She revealed later that month that it’s a girl.