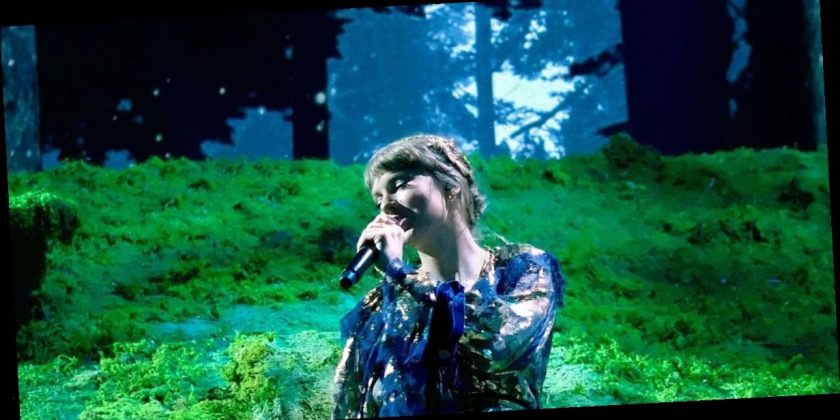 The last time Taylor Swift performed at the Grammy Awards was 2016, and her album 1989 took home the trophy for Album of the Year (and delivered her unforgettable jab at Kanye West). Things look a little different this year, with "safely apart" protocols and no audience in sight. But Swift took the stage wearing a long blue gown with a gold headband to sing songs off of her newest albums Folklore and Evermore.

Initially, she was sitting on top of a grassy house that turned out to be an homage to her Folklore sessions cabin complete with her collaborators Jack Antonoff and Aaron Dessner were there. Swift had teased the performance on Friday during an appearance on CBS News.

'One thing I can tell you about my Grammy performance that isn't highly confidential is that my performance includes my collaborators Aaron Dessner and Jack Antonoff," she said. "Which is really exciting, because this has been an adventure that the three of us have gone on since the very beginning of quarantine and lockdown."