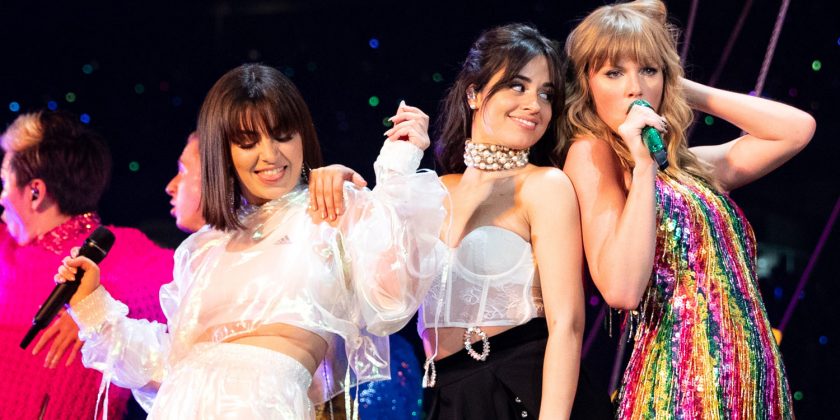 In them, the “Love Story” singer gives fans a taste of what to expect ahead of the New Year’s Eve premiere.

PHOTOS: Check out the latest pics of Taylor Swift

In one clip, premiered by ET, Taylor belts out “Blank Space” while sparkling in a red and black leotard and black booties.

In another sneak peek, shared by Access, Taylor sings “Delicate” while floating above the crowd in a lit-up contraption and wearing a rainbow-colored ensemble.

In the third clip, debuted by Rolling Stone, Taylor gives an energetic performance of “Shake It Off” with her opening acts, Camila Cabello and Charli XCX.

The film was shot on the last dates of the North American leg of Taylor‘s tour on October 5 and 6 in Arlington, Texas.