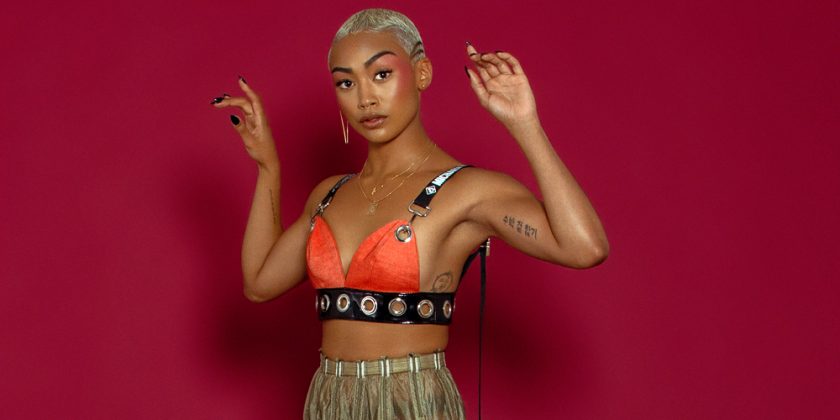 Tati Gabrielle sits upside down for the December issue of Mood Magazine!

The 22-year-old Chilling Adventures of Sabrina actress opened up about her character’s style, her acting journey, and more. Check it out:

On Prudence’s style on Sabrina: “Yes, I LOVED every fitting I had. I was like oh my God this is super cute! The last show I’ve done was a post-apocalyptic world with like armor and distressed clothing. To be girly and to have prints was really awesome. My favorite outfit so far has to be the gold gown because I felt like a princess or more like a queen!”

On her most challenging and favorite roles: “I think the most challenging one has to be Prudence because she was someone unlike me. My favorite role that I have ever played was during my senior year of high school which was a Tennessee Williams play write. I was able to dive into it. The story was a damsel in distress and who was trying to go against all odds to be everything but that.”

On a genre of TV/film she would like to work in: “I would definitely like to consider doing a very serious drama and go more into nonfiction work. I want to be part of a real-life everyday story. If there’s someone out there who probably isn’t able to tell their story, I would like to able to express their voice in a film.”

For more from Tati, head on over to MoodMagazine.co!