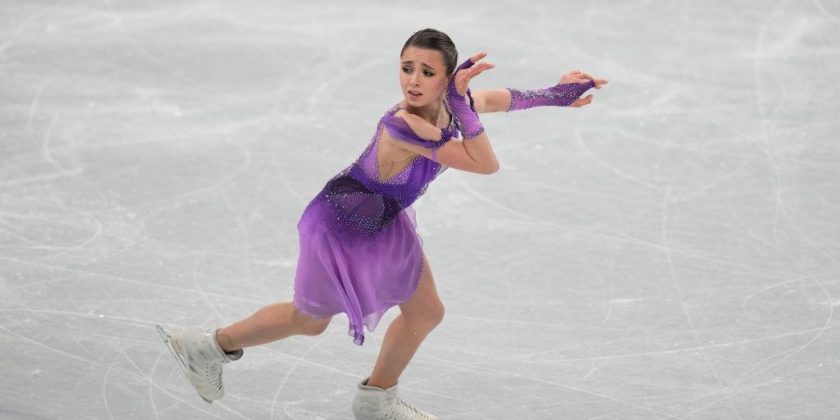 Figure skater Kamila Valieva controversially took the ice Tuesday for the women’s single short program at the 2022 Beijing Olympics, despite the 15-year-old Russian’s positive test for a banned substance days earlier. Valieva’s presence in the event drew the ire of NBC commentators and former figure skaters Tara Lipinski and Johnny Weir, who criticized the International Olympic Committee’s decision to allow Valieva to compete.

During Valieva’s program Tuesday — which vaulted the Russian Olympic Committee skater atop the leaderboard and made her the heavy favorite to win the event (but not receive a gold medal) heading into Thursday’s free skate program — Lipinski and Weir remained largely silent instead of delivering the witty banter and analysis the duo is known for.

The Beatles in India: 16 Things You Didn't Know

“Seeing her on the Olympic ice right now with everything we discovered over the last week, I didn’t think it was going to happen,” Lipinski said during Valieva’s warmup. “And again I don’t think it should be happening.”

After the routine itself, Weir simply noted, “All I feel like I can say is that was the short program of Kamila Valieva at the Olympics… We are so sorry it is overshadowing your Olympics.”

“I feel so uncomfortable as a skater and a skating fan having to commentate her performance simply because she should not be able to compete,” Weir continued, while Lipinski added, “We should not have seen this skate.”

Valieva first took the ice at the 2022 Winter Olympics during the Russian Olympic Committee’s gold medal-winning team event, but the medal ceremony itself was delayed as the Olympics Committee dealt with a sudden “legal issue”; it was soon revealed that Valieva had tested positive for metabolic modulator trimetazidine, a performance-enhancing drug banned by global antidoping officials, six weeks earlier, although the Russian team said they only learned of the positive test last week.

In allowing Valieva to compete, the IOC said that the positive result may have stemmed from a contamination in her sample, since her grandfather was prescribed trimetazidine for heart issues; Valieva was prescribed a pair of similar medications, Hypoxen and L-carnitine, that were are not banned. It’s unclear how the grandfather’s trimetazidine got into Valieva’s system.

Pending further investigation, the IOC announced that Valieva would be able to compete, but would not be awarded medals if she finished in the top three of her competitions. The IOC will also skip medal ceremonies for the events she may win or place in until her case “has been concluded.”

Runner Sha’Carri Richardson — who was dropped Team U.S.A at the Tokyo Olympics after she tested positive for marijuana, a banned non-performance-enhancing drug — previously slammed the IOC over their decision to allow Valieva to compete. “Can we get a solid answer on the difference [between] her situation and mine?” Richardson tweeted. “My mother died and I can’t run and was also favored to place top 3. The only difference I see is I’m a black young lady.”