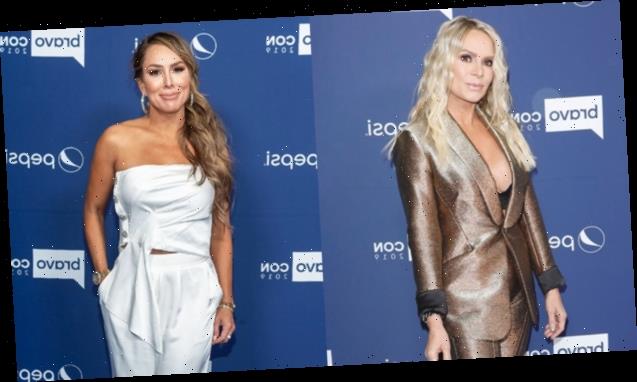 While Tamra Judge isn’t on ‘RHOC’ anymore, she believes that current cast member Kelly Dodd should be fired by Bravo over a past intolerant comment. It comes after the network axed four ‘Vanderpump Rule’s stars.

Tamra Judge thinks Bravo needs to clean house on more shows than just Vanderpump Rules when it comes to issues of past racial insensitivity. She believes that the standard needs to apply to all of the cable network’s programs, including her own former show, the Real Housewives of Orange County. Tamra has a particular problem with a highly insensitive comment that current cast member Kelly Dodd, 44, made in 2016 just before joining the cast, which was caught on camera.

Tamra, 52, was conducting a question and answer Instagram session with fans when one asked her, “Do you think Kelly should be fired for her racist statements coming to light?” The entrepreneur replied, “Yes I do, that TMZ video is disgusting!” The fan was referring to Kelly claiming that she “didn’t like black guys,” while talking to the paparazzi outside of West Hollywood’s The Nice Guy. She immediately apologized for her “bad behavior” the following day.

Kelly made the controversial comments in video obtained by TMZ in late March 2016. When asked if she “liked Black guys,” Kelly scoffed, “No!” She then continued, “I don’t like black guys. I don’t even know any black guys.” She later issued an apology that read, “I am truly embarrassed. There is no excuse for bad behavior or comments that offend anyone. That video does not represent who I really am and I apologize for acting irresponsibly.” Kelly was pretty tipsy in the video, with one of the photogs telling her, “Kelly, you’ve got to drink some water to sober up.”

Tamra thinks that the June 9 Vanderpump Rules firings of original stars Stassi Schroeder, 31, and Kristen Doute, 37,  — along with two newcomers — for past racial actions should be the start of things. “Bravo shouldn’t just single certain people out like Stassi & Kristen. There should be zero tolerance at this point,” she added in her Instagram Q&A.

Stassi and Kristen were let go after former cast member — and only Black VPR star — Faith Stowers revealed that they had called the police on her in 2018 and accused her of being a suspect in a series of robberies. It came during a June 1 Instagram Live session with Floribama Shore star Candace Rice. Stassi had admitted to it in a 2018 podcast interview, and Kristen had tweeted a photo of the suspect from a local TV news report at the time, with hints alluding to Faith. Both women issued apologies on June 7 for their behavior towards Faith, but by then it was too late.