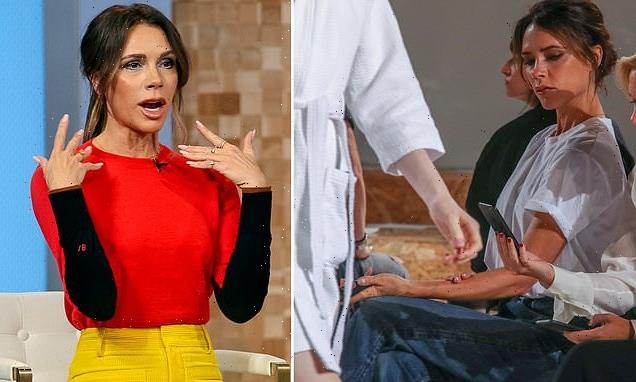 TALK OF THE TOWN: Posh Spice Victoria Beckham faces High Court case by an ex-employee who claims 15-hour days left her in pain

Hot on the heels of the warning that Victoria Beckham’s loss-making fashion brand needs to be propped up again with a handout from the family coffers, word comes of another setback for Posh.

A judge has ruled that a case against her from ex-employee Kristine Kubiliene will go to court in London next autumn.

Ms Kubiliene, 55, is seeking damages after claiming she developed wrist injuries from working 15-hour days during New York Fashion Week, saying she was in such pain she could barely open her handbag.

Victoria, 47, argues that if Ms Kubiliene was injured, it was due to her own negligence. 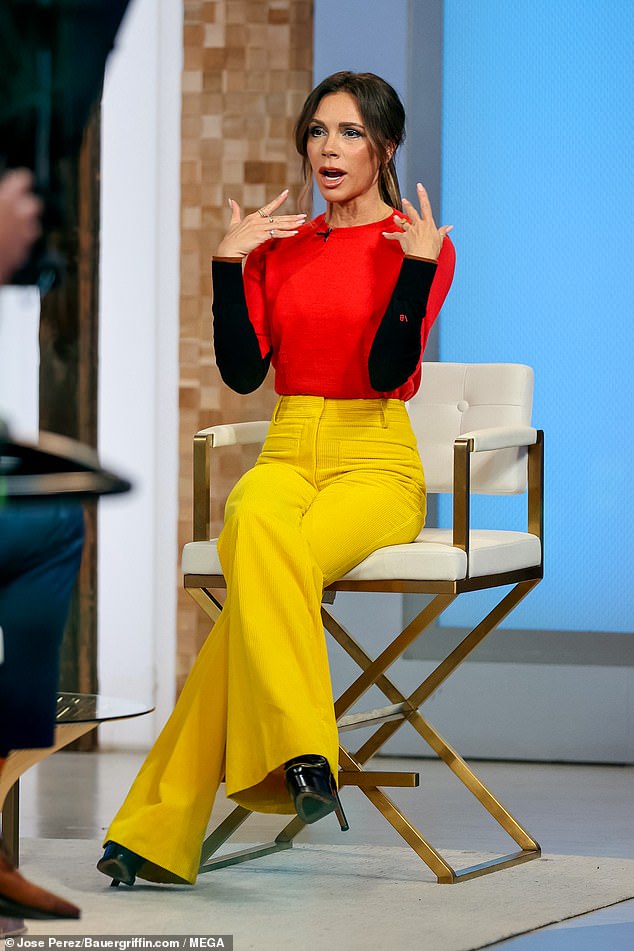 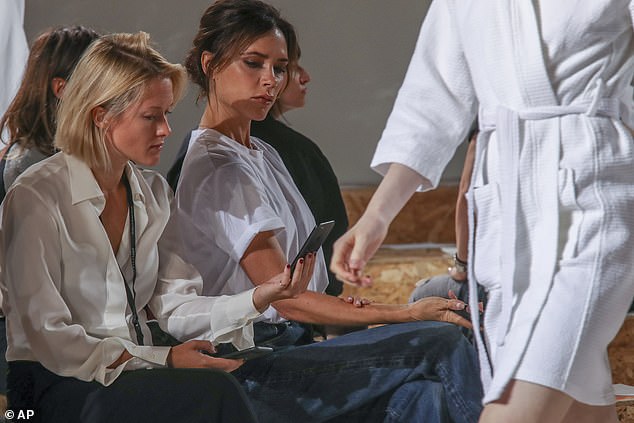 Victoria, pictured centre, claims that if Ms Kubiliene was injured, it was due to her own negligence

A white frock coat isn’t the most sensible choice of outfit for a graffiti artist, but that’s what socialite Alice Naylor-Leyland chose when she went on a spray-paint session.

Thankfully, she wasn’t led away in handcuffs – it’s all legal at the Museum of Graffiti in Wynwood, Miami, where she is on holiday from her Cambridgeshire mansion and Chelsea flat with husband Tom, heir to the £176 million Fitzwilliam land-owning fortune, and their three children.

Earlier, she was delighted to be reunited, above, with an item of luggage that went missing on the flight. 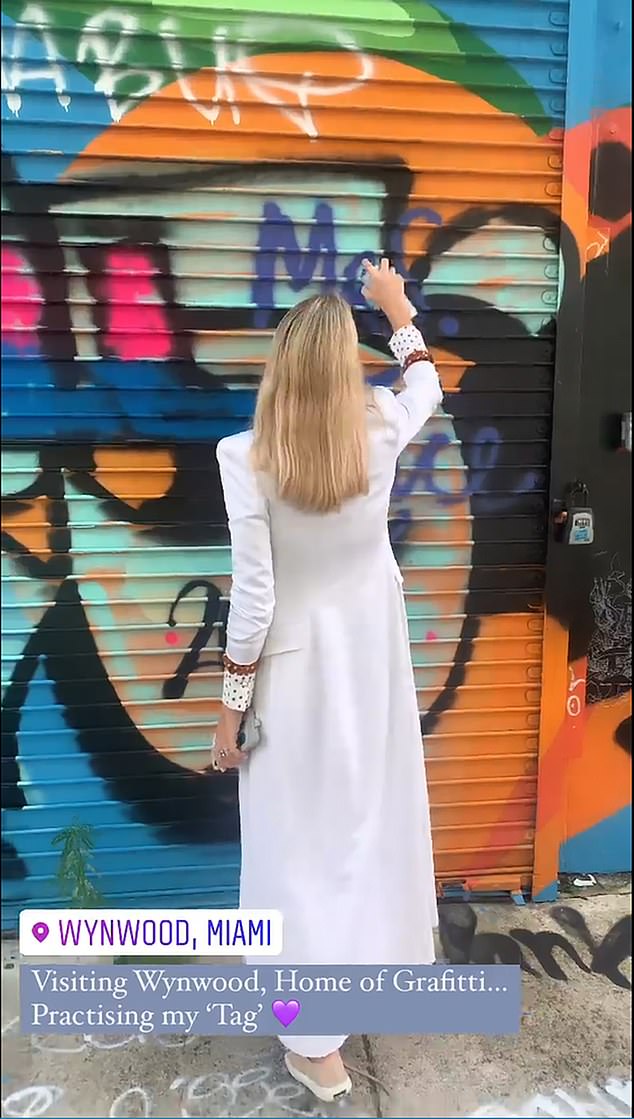 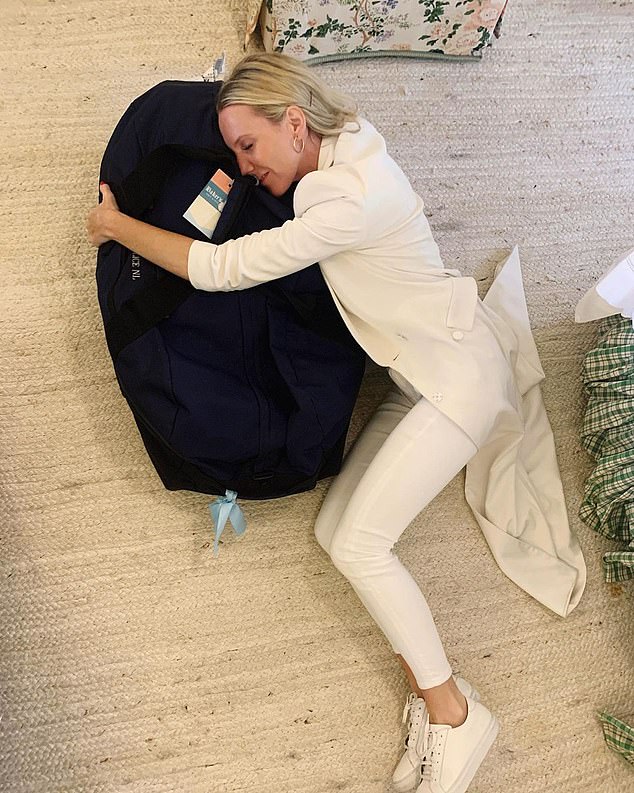 Alice, pictured hugging an item of lost luggage, greeted the bag after it was returned to her

She was for years a Vogue model and a fixture on the London social scene. But April Ashley, the transsexual trailblazer who captivated Picasso and Elvis Presley and who married the son of a peer, will be buried not in the capital but in her home city of Liverpool.

April died just before Christmas aged 86 and now a friend tells me: ‘She wanted to be with her father Fred.’

Their tour announcements are usually tightly orchestrated affairs. So has Sir Mick Jagger’s brother Chris let the cat out of the bag by blurting out a suggestion that The Rolling Stones will tour Europe this summer?

Fans have been clamouring for the rockers to perform on these shores once again after their lucrative No Filter tour wrapped up in the United States in November.

Chris posed for this picture outside the Stones Fan Museum in Luchow, Germany, with a BMW Isetta featuring the band’s famous lips logo on the bonnet. Posting the image on Facebook, he captioned it with: ‘Examining vehicle for suitability for upcoming Stones Europe tour.’ 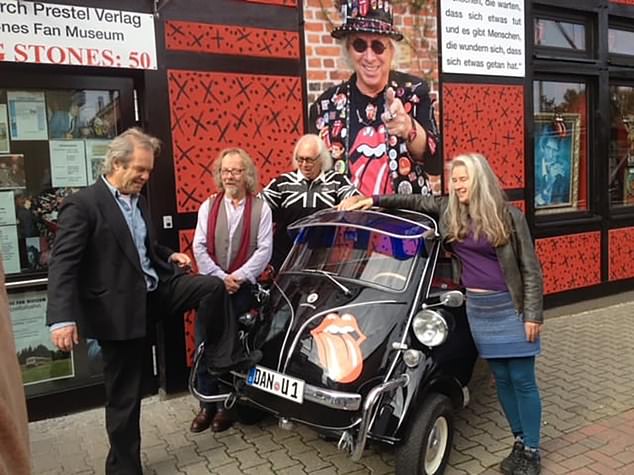 Has Sir Mick Jagger’s brother Chris, left, let the cat out of the bag by blurting out a suggestion that The Rolling Stones will tour Europe this summer?