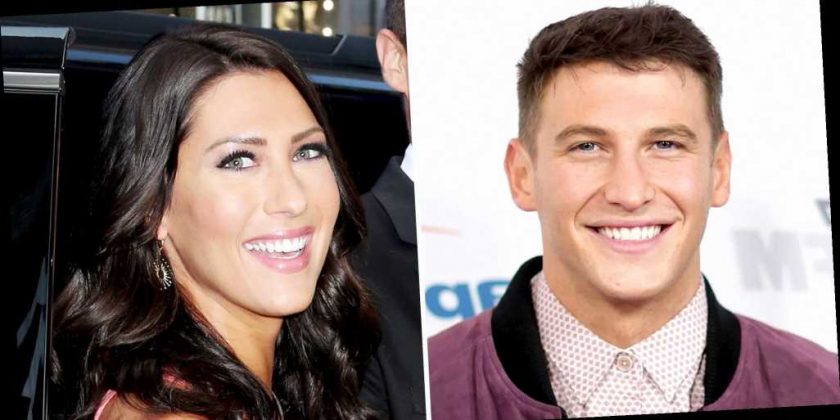 A Bachelorette season 14 do-over? Not so fast. Blake Horstmann shut down rumors that he and Becca Kufrin are back together following her split from Garrett Yrigoyen.

Becca Kufrin’s Season 14 of ‘The Bachelorette’: Where Are They Now?

“Me and Becca are friends,” the 31-year-old reality TV personality wrote in response to an Instagram Q&A on Monday, November 30. “Let the woman be single for a while she don’t need no damn man to be happy. She is living her best life.”

The “Behind the Rose” podcast host added that there is “so much pressure on women to find a man” — especially in Bachelor Nation. “And it’s ridiculous,” he concluded.

Kufrin, 30, met Horstmann and Yrigoyen, 31, during season 14 of The Bachelorette in 2018. The former publicist left Horstmann heartbroken in the finale when she revealed she wanted to be with Yrigoyen.

Stars Who Have Dated Bachelor Nation

Two years after Kufrin accepted a proposal from Yrigoyen, the “Bachelor Happy Hour” host revealed in September 2020 that they called it quits. Horstmann confirmed earlier this month that he was in touch with Kufrin following her broken engagement.

“We’ve chatted a little bit. I told her I support her, and I hope she’s doing well and everything, but it’s just a friendship,” he said on the “Almost Famous” podcast on November 2. “We have a good relationship. I think, for the most part, we’ve been friendly the whole time since even the finale. There’s never been any kind of weirdness between us.”

When asked by Ben Higgins and Ashley Iaconettiwhether he’s spoken to Yrigoyen since the former surgical technology salesman debuted his new romance with Alex Farrar, Horstmann said no.

“I haven’t chatted with him about the relationship or anything, we haven’t chatted in a bit,” he replied. “But I think everybody deserves happiness, so I hope this one sticks for him, I guess.”

While Horstmann went on to note that fans don’t “know the timeline” of Kufrin and Yrigoyen’s split, season 13 Bachelorette Rachel Lindsay told Us Weekly exclusively earlier this month that she believes Yrigoyen went public with Farrar too soon.

“[I think about setting her up] all the time, but I want Becca to do it when she’s ready. I know that she is fully enjoying herself in L.A. She’s always wanted to be here. And those are sacrifices that you make in a relationship when maybe one partner doesn’t. So now that she is not tied down, she can live her best life, which she’s doing,” Lindsay told Us about her “Bachelor Happy Hour” cohost. “And I think Becca is open to start dating again, but obviously coming out of an engagement, she wants to make sure that she takes her time, and she does right, unlike other people.”