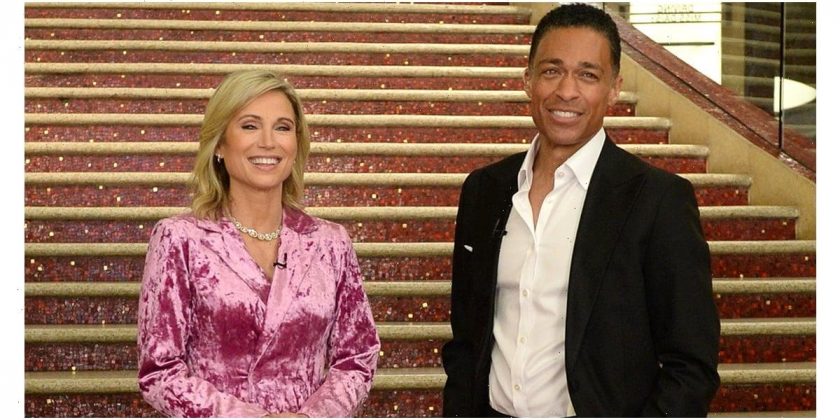 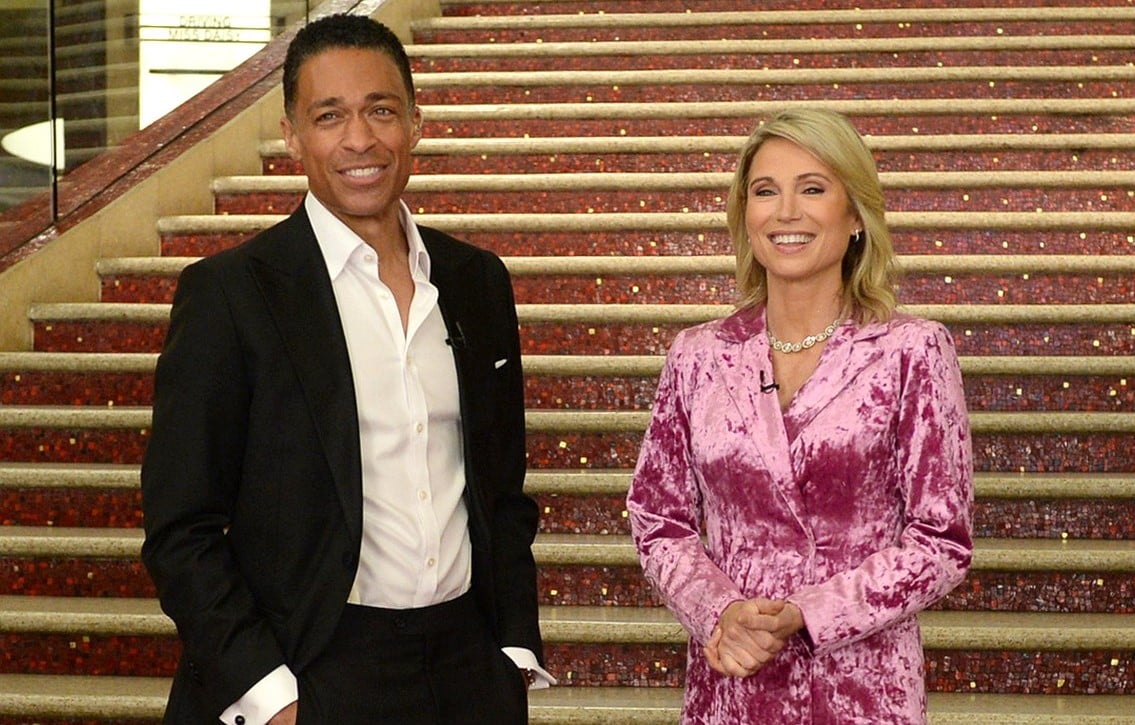 “Good Morning America” coanchors T.J. Holmes and Amy Robach were both married to other people — Robach to actor Andrew Shue and Holmes to attorney Marilee Fiebig — when, on Nov. 30, photos emerged of the pair enjoying what appeared to be a romantic weekend in upstate New York. This led to their rumored relationship going public. While neither of the anchors has directly addressed the rumors yet, Holmes and Robach are seemingly still going strong, having been spotted out together looking cozy on multiple occasions throughout the holidays. Now, Holmes has reportedly filed for divorce from Fiebig.

On Dec. 28, E! News reported that Holmes filed for divorce from Fiebig after nearly 13 years of marriage. The pair share one child, 9-year-old daughter Sabine. A rep for Holmes did not immediately respond to POPSUGAR’s request for comment on the report.

It seems Holmes and Robach — who were reportedly both already separated from their respective partners when news of their relationship emerged in November (more on that later) — are staying positive throughout this ongoing media dustup. Holmes even joked about it on Dec. 3’s broadcast of “GMA.”

“You know, it’s too bad it’s Friday. It’s been a great week,” Holmes said. “I just want this one to keep going and going and going. Just enjoy it! Take it all in.”

Robach responded, “Speak for yourself. I am very excited about the weekend — and I’m sure everyone else is too. We all love our Fridays around here. Some of us do, at least.”

However, on Dec. 5, People reported that both Holmes and Robach would be placed on hiatus amid their relationship scandal. “‘GMA’ decided to have a period of cooling down, because they thought this was unwanted attention,” a source told the publication. “So, for the time being, they’re going to be off the air.”

According to the insider, ABC News President Kim Godwin shared the news with staff on Monday morning. “During the routine 9 a.m. editorial call, Kim Godwin said she wanted to address the internal and external distraction between two colleagues,” a source told People. “She said even though this isn’t a violation of policy, she took time to think about it and wanted to work through what was best and for now, they’ve decided to take TJ and Amy off the air while they figure things out. Gio Benitez and Stephanie Ramos will host ‘GMA3’ today, but it’s likely to vary over the week.”

The coanchors’ banter comes amid previous reports that they wouldn’t face disciplinary actions for their relationship. Per Entertainment Tonight, this was because Holmes and Robach are equals and consenting adults. “There has still been no word from management addressing their relationship, but that’s all anyone can talk about around the office,” the source revealed to ET at the time. “When and if they will ever address the elephant in the room, it’s still unclear.”

On Nov. 30, the Daily Mail, which first published the photos, shared a number of shots of the pair drinking beers, walking around, and holding hands in a car.

The day the photos appeared online, both hosts deleted their respective Instagram accounts. Neither have addressed the images, and reps for both hosts did not respond to POPSUGAR’s request for comment.

Shortly after the photos emerged, a source told People that both Robach and Holmes are no longer together with their spouses. “This was two consenting adults who were each separated. They both broke up with their spouses in August within weeks of each other,” the source alleged. “The relationship didn’t start until after that.” A source also told Entertainment Tonight that their relationship had been “going on in secret for quite some time, but how long is truly unknown,” and added that they “did their best to keep things professional and private.”

Both anchors married their respective partners in 2010. After the photographs emerged, Robach’s husband, Shue, appeared to delete all photos of his wife from his Instagram account, according to E! News. Robach has two girls of her own from a previous marriage and is stepmom to Shue’s three sons. Meanwhile, Fiebig, who shares one daughter with Holmes, currently has her Instagram account set to private and has not publicly addressed the photographs. Holmes also has a son and daughter from a previous marriage.

Holmes has frequently shared expressions of love for his wife over the years. “If she would even spare another 10 minutes of her time for me today, I should consider myself blessed,” he wrote in a 2020 tribute to Fiebig in celebration of 10 years of marriage. However, in November, he shared a quote on Instagram that read, “End the relationship and cry once. It’s better than being with them and crying daily,” according to Us Weekly. Fans also noticed that Robach’s wedding ring seemed to be missing from her finger in a few November Instagram posts, according to Yahoo Entertainment.

In the past, the pair have been open about their friendship. “The moment he started at ABC, I think we just clicked,” Robach previously told People of her relationship with Holmes. “We’ve gone on tons of double dates with our spouses, and my daughters babysit his daughters.”