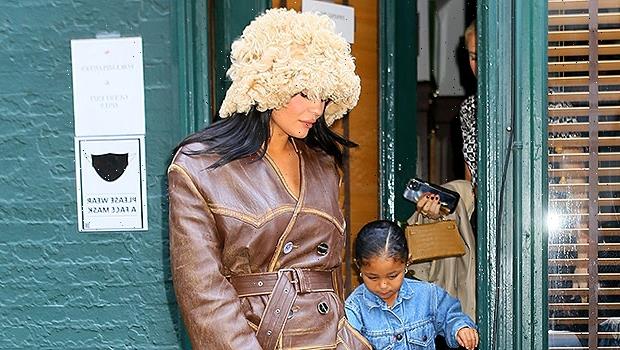 Kylie Jenner and her adorable daughter Stormi were spotted heading to lunch in New York City in stylish dresses as they continue to enjoy New York Fashion Week.

Kylie Jenner, 24, and her daughter Stormi Webster, 3, showed off two very fashionable outfits on Friday! The doting mother, who is pregnant with her second child, and adorable tot were photographed walking out of a building in New York City while on a lunch outing during New York Fashion Week. Kylie wore a brown leather-style jacket as a dress along with white, brown, and black furry knee-high boots, and a tan textured bucket hat, all from Acne Studios, while Stormi wore a long-sleeved denim dress, white socks, and white and gray sneakers. 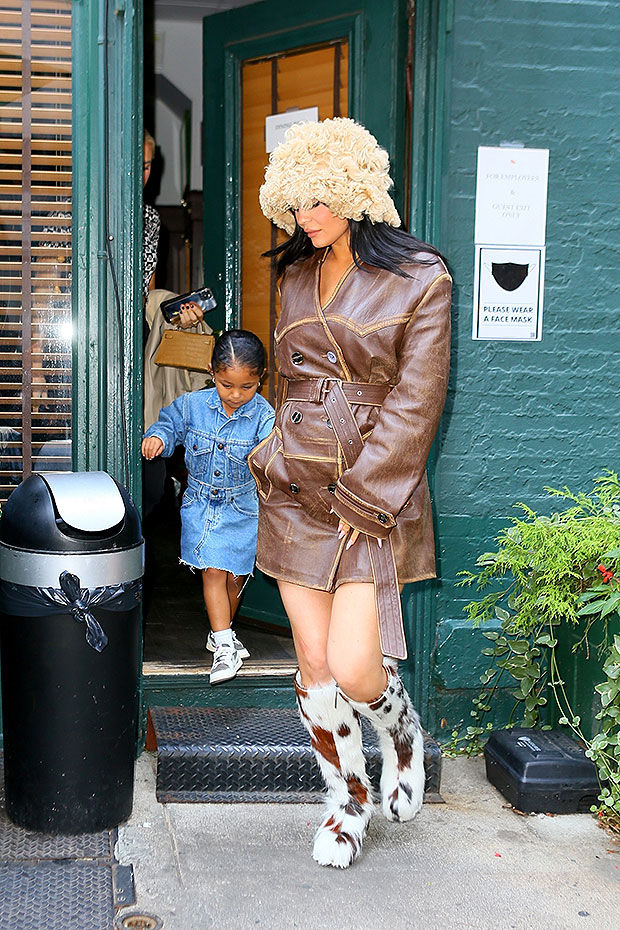 The soon-to-be mom-of-two had her long dark locks down while her mini me had her hair tied back. They held hands while walking together and appeared to be having a great time. Kylie also shared videos and pics from the day on her Instagram story. 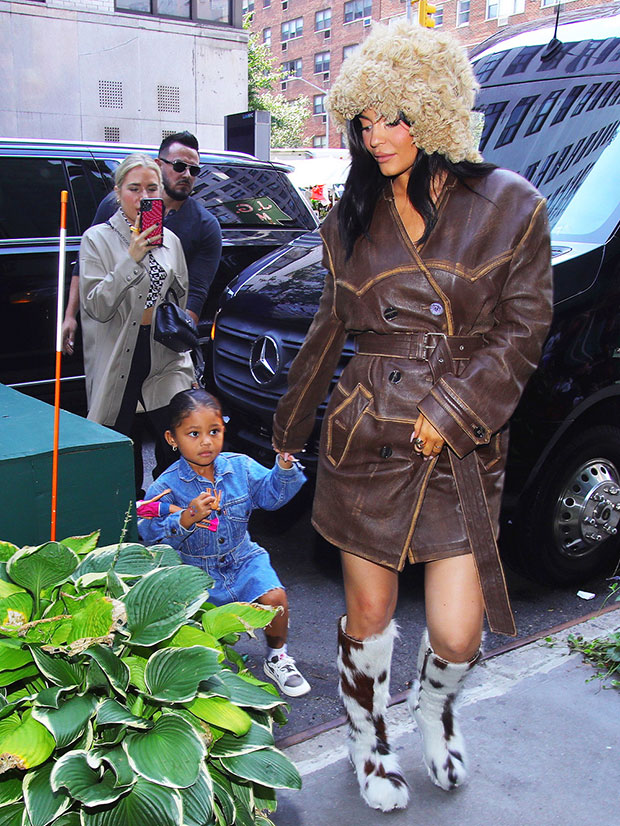 The latest outing comes one day after Kylie made headlines for stepping out in the Big Apple while wearing a long orange coat over a white crop top that showed off her bare baby bump and dark jeans. She topped her look off with matching orange heels and had he long hair tied back as she also wore jewelry.

Kylie’s New York outings are her first public sightings since she announced she’s expecting her second child with Travis Scott, 30. The happy news came in the form of a sweet and touching video she posted to social media on Sept. 7. It featured clips of the moment she found out she was expecting with a pregnancy test, as well as moments of Travis and Stormi joining her during doctor’s visits for her sonograms.

Although Kylie has yet to reveal the gender of her upcoming precious bundle of joy, many fans are speculating that she’s having a boy since a caption for a recent pic of Stormi read, “favorite girl.” It also included a blue heart emoji, which fans also think was a hint at the baby to come.