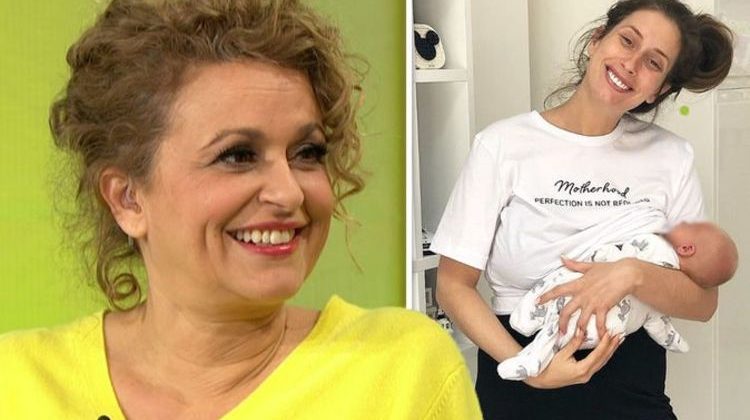 And her Loose Women co-star, Nadia Sawalha, 54, has spilled all on her little one.

Nadia, who has teamed up with WaterAid to get people talking openly about periods, told Express.co.uk: “Stacey’s lovely! And the baby’s so beautiful!

“Oh my god he’s just gorgeous! She sent me some photos and he’s just beautiful.”

She continued: “She’s doing well and she’ so chuffed with her three little boys.”

Stacey has shared a fresh perspective of pregnancy and postpartum on her Instagram by posting natural snaps to her account.

Praising Stacey’s approach as a mother on social media, Nadia spilled about her pictures: “They’re so beautiful aren’t they and so typical of Stacey in the way she is.

“On social media she’s just authentic and true and she’s greatly loved by all of us and her fans.”

Nadia said she “loves” it when people “underestimate Stacey” as she said they do it at their “peril”. 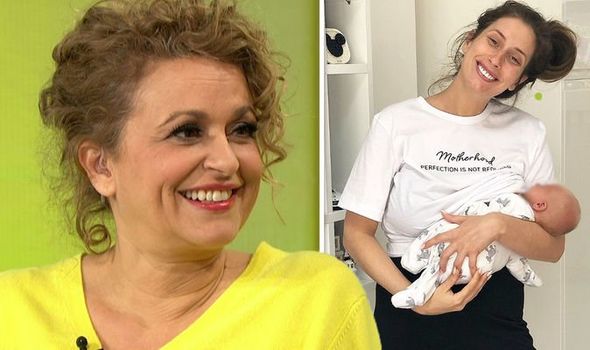 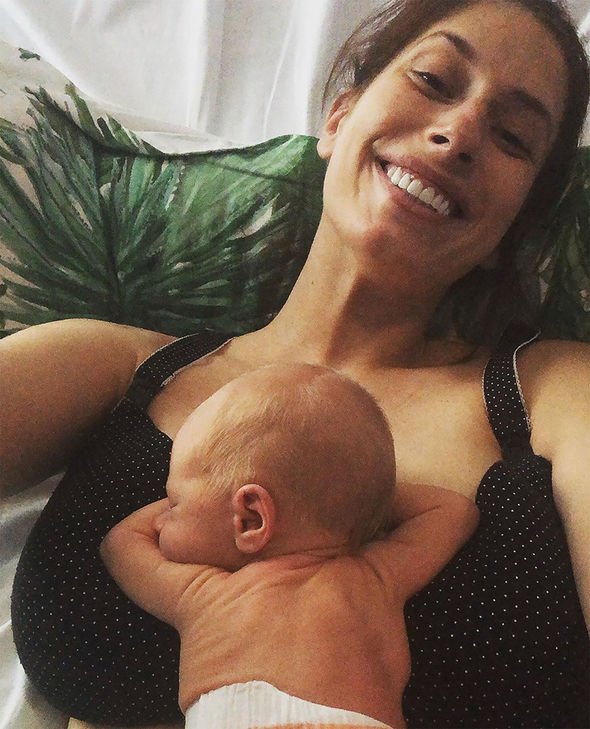 “She’s a very smart cookie and a real Loose Women, that’s what I love about her,” she divulged.

Nadia also revealed Stacey will soon bring in her newborn to see everyone at the Loose Women studies.

“I said you’ve got to bring him and we’ll all take turns holding him whilst she’s having make-up.

“We can all take turns with cuddles!”

Meanwhile, Nadia has starred in a video, Peaky Bleeders, as part of a campaign to get more people talking about periods to tackle the stigma and calls for the needs of women to be met. 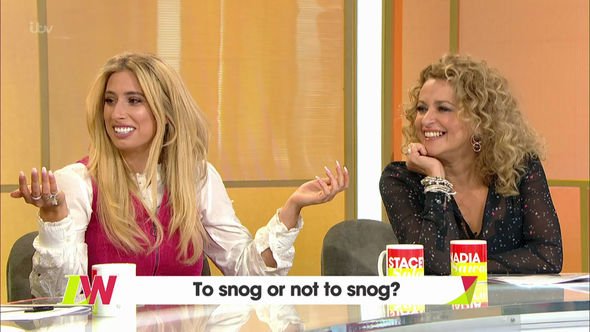 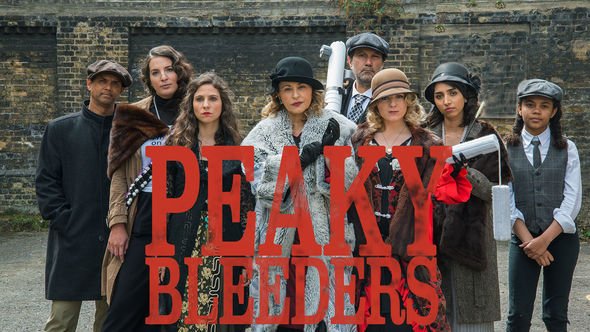 Speaking about the issue, Nadia spilled: “I was unaware of the whole period poverty thing, I was ashamed that I didn’t know the extent of it.

“When you think of it globally in developing countries, people not going to school because they’re on their period, that’s crazy.”

She went on: “I want young women to feel proud of it, when my girls started theirs, I was like yes! I wanted to throw a party.!”

“There’s a frightening amount of people who have period and they don’t know what it is, in this country,” she added.

Nadia is supporting WaterAid’s campaign to get people talking openly about periods. Watch the film at: wateraid.org/uk/nadia.