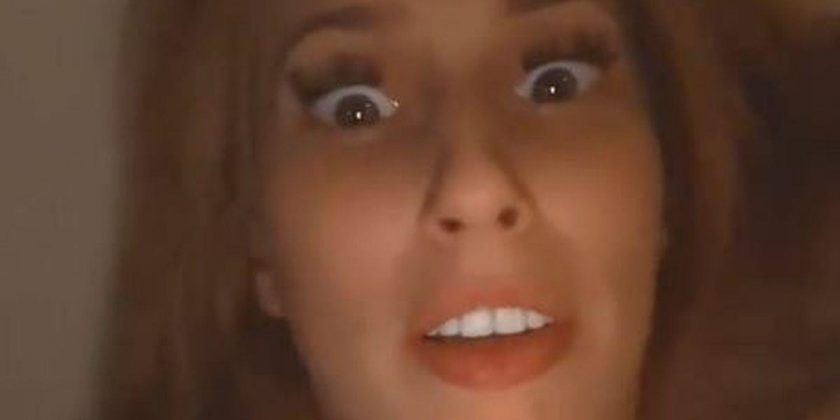 Stacey Solomon was left red faced after thinking I’m A Celebrity has been taking place in Scotland.

The mum of four was watching the show on the evening of Tuesday 23 November, and shared a sweet video of her son Leighton holding his baby sister, Rose.

Alongside the clip, Stacey penned: “Leighton Cuddles. Now it’s time for cluster feeds and The castle (I still want to call it the jungle even though it’s in Scotland)”.

Stacey was quick to correct herself, however, and shared another story on her page.

She said to her followers: “Leighton convinced me that it was in Scotland.”

Leighton then chimes in saying: “It’s in Wales!”, to which Stacey responds with: “Well now you’re saying that, but you weren’t saying that ten minutes ago were you?”

The pair then proceeded to giggle at their faux pas.

This year’s I’m A Celebrity is the second time the hit ITV show is being filmed in Wales after the ongoing pandemic ground any international travel last year.

The contest first hit our screens in 2002, and initially took place in Queensland, Australia.

The following year filming relocated to Murwillumbah, New South Wales, and remained there up until the 2019 series.

Rather than a jungle, the past two seasons have taken place in Gwrych Castle, which is nestled in a tree-lined hillside overlooking the Irish Sea and spread across 250 acres of gardens and grounds.

Last year, Dr Mark Baker, Chair of the Gwrych Castle Preservation Trust, said he was “delighted” that filming was taking place at the castle.

He said at the time: “I’m absolutely delighted that I’m A Celebrity has chosen Gwrych Castle to be its UK location for the 2020 series.

“Gwrych Castle is a beautiful grade I listed 19th county house and a must-see destination for tourists visiting Wales. I’m A Celebrity being here will really help support Gwrych Castle and its ongoing restoration as well as giving the region a much-needed economic boost.”

Lord Elis-Thomas, The Welsh Government Deputy Minister for Culture, Sport and Tourism added: “We’re extremely pleased to welcome such a large production to Wales, offering a chance to showcase a spectacular part of our country to significant audiences across the UK.

"We’re looking forward to working with the team on this production and hope to use this opportunity to show some of what North Wales has to offer.”

For updates on all your favourite celebs and TV shows, sign up to our daily newsletter here.