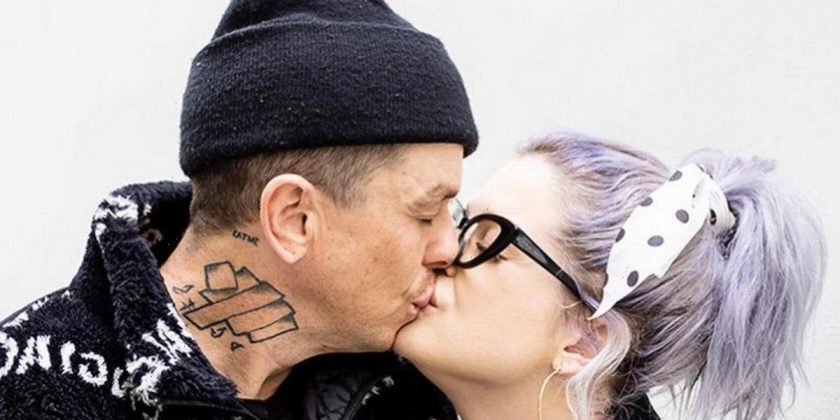 The 37 year old daughter of Black Sabbath rocker Ozzy Osbourne and former X Factor judge Sharon Osbourne announced the news that she was expecting a baby with partner Sid Wilson, 45, earlier today in a sweet photo on Instagram.

Posing alongside a picture of her ultrasound scan, the star wrote: "I know that I have been very quiet these past few months so I thought I would share with you all as to why… I am over the moon to announce that I am going to be a Mumma."

Kelly went on: "To say that I am happy does not quite cut it. I am ecstatic!” Within minutes the post had been flooded with messages of support and congratulations from fans and friends alike, with a huge number of famous names among the well wishers.

“Congratulations Kelly! Sending you all the love and cuddles,” said Stacey Solomon.

While American television host Ross Matthews commented “YAYAYAYAYAYAY!!!!!! The news is out! You’re gonna be the best mom!!! So happy for you!!!! Can’t wait to meet your baby!!!”

Baby Spice, Emma Bunton also weighed in saying: “This is amazing news. Sending so much love”. Jaime Winstone also weighed in as she told the couple: “Wowowow! Congratulations!! Amazing. Sending so much magic.”

The star of The Hills Audrina Patridge couldn’t contain her joy for the happy couple either, with her message of support reading: “Congrats Kelly!!!!!! So excited for you. Your going to be such an amazing momma.”

Further messages of congratulations flooded in from stars such as Ru Paul’s Drag Race UK star Bagachipz, and even from Michelle Visage herself as both offered their heartfelt congratulations to the expectant mother.

With familiar names such as Zandra Rhodes, and Vanessa Bryant also leaving messages of congratulations.

In just two hours since announcing the news, Kelly’s post had racked up over 160,000 likes, with fans from around the world also sharing in the couple’s joy.

Kelly had previously opened up in June 2021, about her desire to have children, and discussed herprevious substance abuse issues, on Jada Pinkett-Smith’s Red Table Talk show.

She said: “Yes, I feel very behind. As a woman, I would have loved to be married and have children by now.

“My brother [Jack] has three daughters and I would have loved to have kids by now, but that wasn’t what was in the cards for me yet."

She continued: "I would have been no kind of mother at all because I was that crazy addict that was like, “Oh yeah, I’ll stop doing drugs when I get pregnant because I have to”. Like, that’s insane that I would ever even think that.”