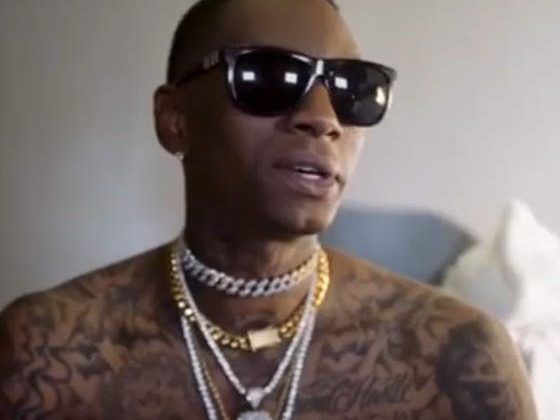 If you’ve ever wondered what will become of these barely legal little rappers like Lil Pump or Lil Xan when the money’s dried up and they realize they can never hold a normal job, look no further than “Crank That” dance sensation Soulja Boy. After he stopped making hit records, he tried to maintain relevance by getting into a public feud with Chris Brown that almost led to a live Pay-Per-View fight held in Dubai, sponsored by Floyd Mayweather Jr. Thankfully somebody flinched on that one, leaving Soulja to secure his bag elsewhere. Now he’s an entrepreneur hawking everything from cheap Bluetooth watches (the so-called Soulja Watch), to eye-wear, light-up sneakers, and an online radio station. His latest business venture is selling Soulja Boy branded video game consoles.

If you love video games but other consoles just aren’t gangster enough for you, Soulja Boy has a solution. According to Complex, you can put a little Soulja in your hand for only a fraction more than you’d spend on the exact same console that you could buy from Amazon.

Instead of creating his own console, the 28-year-old rapper, whose real name is DeAndre Cortez Way, is either reselling these systems at a markup with his name on them, or worked out a deal with the manufacturer of these products, Anbernic.

Complex calls the consoles “questionable” and notes that despite the fact that it “advertises 800 built-in games”, none of the games are actually listed, and there is “very little other information about the products” available. But who cares?! It’s from Soulja Boy and as everybody knows, that means QUALITY.