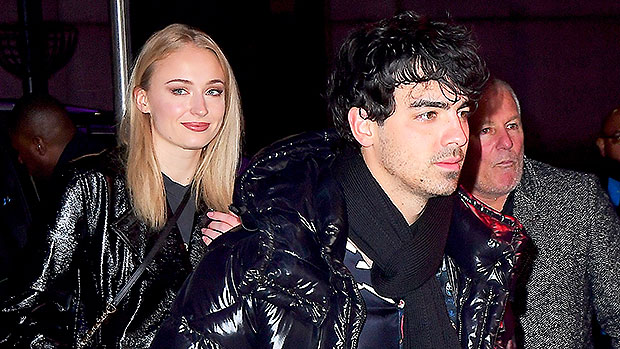 The newly married Nick Jonas was all alone as his brother, Joe Jonas, snuggled his fiancée, Sophie Turner, at a Knicks game. Did they forget to get a ticket for Priyanka Chopra?

Or maybe Priyanka Chopra, 36, is a Brooklyn Nets fan? Maybe that’s why she wasn’t with her husband, Nick Jonas, 26, when he joined his brother, Joe Jonas, 29, courtside to watch the New York Knicks play the Phoenix Suns on Dec. 17. Joe’s fiancée, Sophie Turner, 22, was there, and the engaged couple got cozy as they watched the Knicks do what they do best: lose in a heartbreaking fashion. The Knicks fell to a team with a record worse than theirs, losing 128-110. Ouch.

At least the crowd at Madison Square Garden was treated to 2/3rds of a Jonas Brothers reunion (and a reminder that Game of Thrones is coming back soon.) Nick, Joe and Sophie all got a chance on the jumbo-tron, getting a decent reaction from all those present. It might help lessen the sting of seeing the Knicks fall to the Suns – who had only won 6 games prior to picking up their seventh W that night – or not. It’s hard to be a Knicks fan in December. It’s almost as heartbreaking as attending a basketball game without your brand new wife, right?

So, where was Priyanka? As Sophie, in her Knicks shirt (who knew she was a fan?), snuggled up to Joe, Nick was left to kind of…sit there. Well, this shouldn’t cause anyone to worry. The two have only recently returned from their lavish wedding extravaganzas in India. Priyanka was spotted heading to meetings with her tiny dog on Dec. 17, according to Marie Claire. So, perhaps this was a chance for Nick to get some alone time with Joe and Sophie?

The honeymoon is still going for Nick and Priyanka. About a week before the Knicks game, she shared a picture of the two snuggled tightly in what seems to be a tropical setting. “Marital bliss they say,” she captioned the picture. The next day, she and Nick dressed up to attend another person’s wedding, as they looked stunning while witnessing the marriage of Isha Ambani and Anad Piramal, 33. During this wedding, Priyanka wore a two-piece blush lehenga that flaunted her flat stomach. Nice. It won’t be long when they’ll have to attend another wedding, as Joe and Sophie are the next couple to tie the knot!