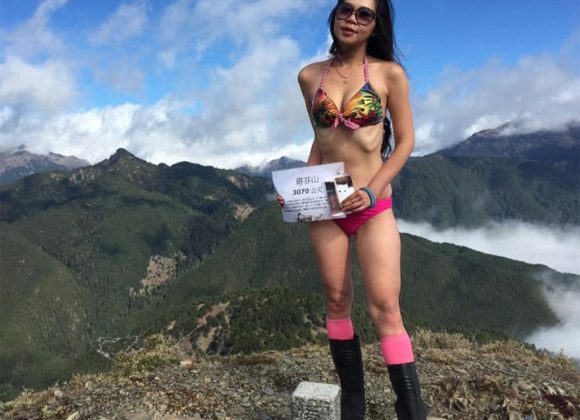 We have heartbreaking news for followers of the “Bikini Hiker.”

Gigi Wu, who became famous for hiking to the tops of mountains then changing into a bikini and taking wild selfies, has died.

The social media star, also sometimes called the “Bikini Climber”, was hiking the Batongguan Historic Trail in Taiwan’s Yushan National Park on Saturday when she fell down a ravine and injured herself.

She was able to call for help using a satellite phone, but due to bad weather conditions rescue helicopters had a hard time reaching her.

Using the sat-phone, Wu told friends she had fallen a distance between 65-100 feet and could not move the lower half of her body.

On Monday, after hiking for 28 hours straight, a rescue team found her body. She had succumbed to the freezing temperature of the mountains.

Here are some of the photos for which Wu became famous: