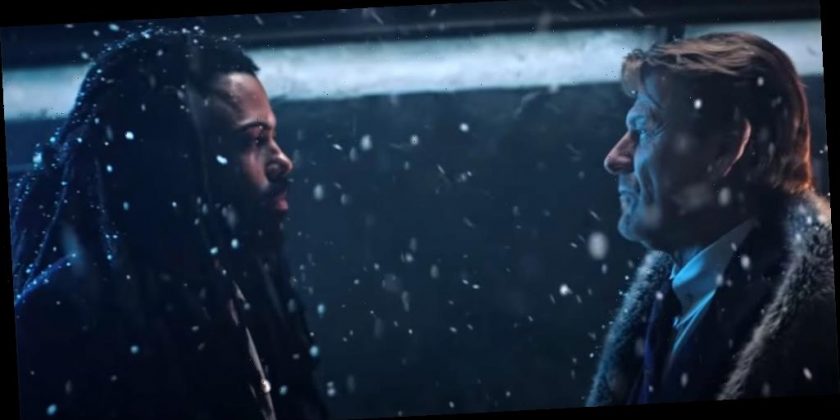 Daveed Diggs and Sean Bean come face to face in the brand new trailer for the second season of Snowpiercer.

During the virtual New York Comic Con panel, showrunner Graeme Manson opened up about the threat of Wilford and the dynamic between him and Alexandra, who is also Melanie’s daughter.

“We’re just very lucky to have [Rowan Blanchard, who plays Alexandra] with us. It’s really nice to have someone of her age next to Sean Bean and watch those two work together,” he shared. “But it’s a true shock at the end of Season 1 that that’s who this is and then it’s going to be a tremendous shock for Melanie at the beginning of Season 2, that her daughter is alive.”

He continued, “Not only that her daughter is alive, her daughter has been under Wilford’s sway and to some degree, or to a degree that we’re going to figure out, has been turned against her. So it’s a terribly heartbreaking position for Melanie to step into and it also sets up Rowan’s character for a real journey throughout the season, a journey of enlightenment and a journey into adulthood, really.”

Snowpiercer season two will premiere in January on TNT.