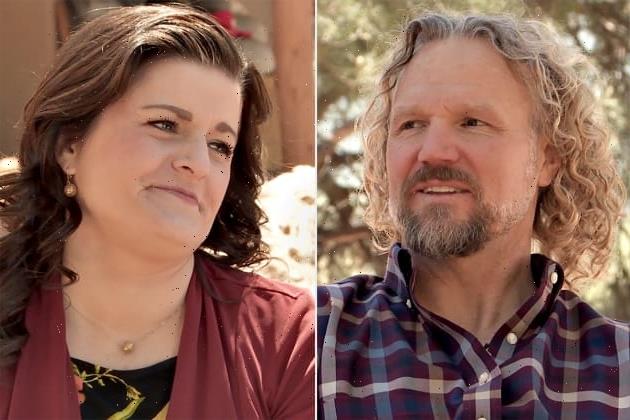 On Sister Wives this week, Kody and Robyn Brown talked at length about a pressing topic.

Whether or not the former is actually seeking a fifth wife?

That subject has been played out at this point — among social media users and celebrity gossip websites at least.

Instead, we previously detailed, the couplle discussed the possibility of having yet another child.

Robyn seemed strongly open to the expansion of her immediately family, sitting down opposite her husband and saying:

“I brought you out here to say: What is going on?” Robyn said to Kody, referencing both her age and her indecisiveness in a confessioonal and adding:

“I’m 41 years old. We need to decide this and now. Like, there’s a biological clock ticking. I’m not getting younger. We can’t sit here and stall out on this if this is what we’re going to do.”

“I have days when I’m baby hungry and I really want another baby,” Robyn then admitted.

The thing is, Kody has to be on board.

Because he’s older, Robyn told the cameras, and “he’s got wives that are like, completely done. And if we’re going to have a baby, we’re both going to be committed and you’re going to be holding a baby,” she needed an answer.

But could only say he was “caught in a conundrum, completely.”

He said that raising four-year old Ariella has been “just a wonderful experience,” but…

“At the same time, I’m caught in this conflict because Ari’s been weened for a year and she’s still keeping us up at night.”

The polarizing reality star cited “mental exhaustion” in helping to raise his youngest of 18 kids.

“Women talk about that feeling of like, ‘Oh, I’m done.’ I’ve never really got that,” Robyn said to Kody, going on in a subsequent confessional:

“You know when you’re young and you’re just thinking about having children and people will say, ‘How many kids are you going to have?’ I would always say:

‘Just as many as I’m supposed to have. As many as I’ve made promises to.'”

“It is, it’s a big deal to me. To make sure, to make sure all my babies are here with me. That’s all.

“In my head, I made promises to a certain amount of children to be their mother. You know, in the pre-life and I want to fulfill all those promises.”

Robyn even said she had visions of a “dark-haired boy” and also has a “crazy fear” in her head that she’ll “leave somebody behind.”

Kody didn’t really know what to do with this existential argument, though.

“I want to have a life with you that’s not just all about our kids,” he said, before asking her opinion. “What do you think about that, though? Do you feel like, hallelujah?”

“I feel relieved and sad at the same time,” she admitted.

The pair didn’t reach a conclusion, but when you consider Kody’s take on things and combine it with Robyn being 42 years old… it doesn’t sound like she’ll be conceiving a sixth child.

There is another way of having a kid, however.

“Adoption was never an option because we were having our own children.

“But now that we’re winding up here, the idea of adoption is something that would be more appealing to me,” Kody told viewers.

Ultimately, like we just said, the couple didn’t arrive at a conclusive answer.

“I don’t know what else to do with it because I don’t have a strong answer either way.”

At least we do know Kody and Meri aren’t trying, though.