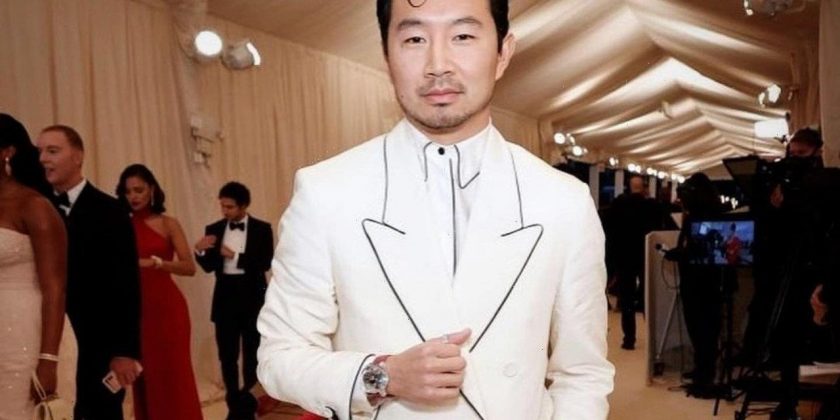 The ‘Shang-Chi and the Legend of the Ten Rings’ leading man reveals that some professional autograph sellers ‘followed [him and his crew] out of the Philly event and then threw soda on our window.’

AceShowbiz –Simu Liu has been left irritated by fans who crossed the line. Revealing that he was harassed by autograph seekers while at the Perelman Theater in Philadelphia for a book signing event, the “Shang-Chi and the Legend of the Ten Rings” actor declared that he will file a police report against them.

The 33-year-old voiced his frustration on Twitter on Wednesday, June 8. “Had a not great altercation at the end of my book event in Philly,” he first penned alongside a slightly blurred picture of what appeared to be two people in the front and passenger seat of a black vehicle.

“Look, I’m trying to have a real moment with my audience,” he added. “If you come to my events and harass me or make me or my fans uncomfortable, there’s no chance in hell I’m going to sign for you. Don’t cross that line.”

On the top of the image, Simu explained, “Best photo that I could get but these professional autograph sellers followed us out of the Philly event and then threw soda on our window.” He continued, “They then ran to their car to remove the front license plate so we couldn’t ID them.”

“Thankfully we had someone at the event venue documenting so we will get them and file a report with authorities,” the Marvel star further elaborated. “Obviously everyone is fine but we’re just a bit in shock that this could happen.”

Simu then turned to Instagram Story to warn other autograph sellers who are thinking about attending his upcoming events. “Autographing for people who will just resell it on eBay is a personal choice. Sometimes we do it, but I don’t personally like to reward certain types of behaviour,” he stated. “Especially when the people get aggressive and invasive and make my real fans and supporters uncomfortable.”

“I’ve had a couple of bad experiences in a row where my personal space has been badly violated,” the Canadian native added. “Just know that if you cross that line for me or for my fans, there isn’t a chance in hell I’m ever gonna sign for you.”