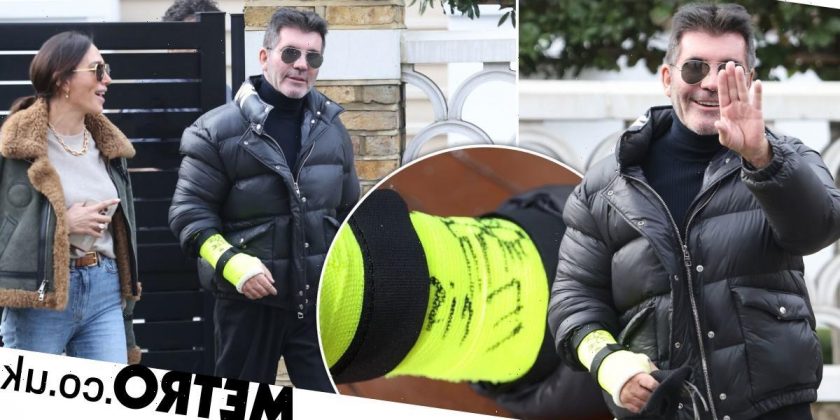 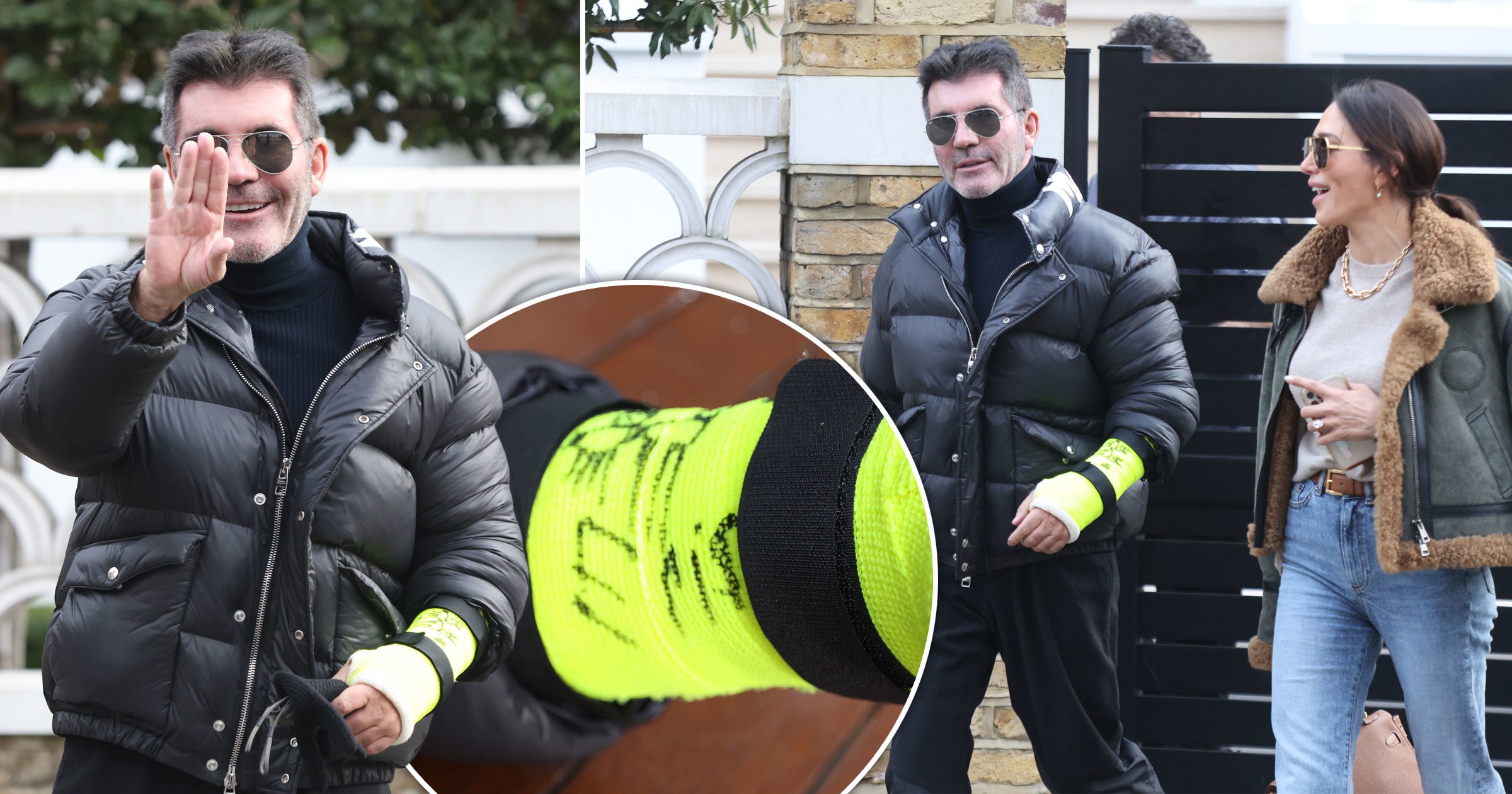 Simon Cowell gave a thumbs-up and cheery wave as he left his West London home after injuring his arm during a reported electric bike crash.

The music mogul and Britain’s Got Talent judge, 62, was pictured with his fiancée Lauren Silverman as they left the house on Wednesday.

His left arm was in a bright yellow cast, and he wore aviator sunglasses and a black puffer jacket.

With pictures circulating of him on his bike from the day before the accident, the TV star appeared to be taking it a little easier after his injury.

Taking a break on a wooden chair outside a pub, while sporting a grey face mask, his cast was on display — and son Eric, seven, already appeared to have had fun doodling on, signing his work with his name.

Cowell, who lives between London and California, is said to have taken a tumble over the bike’s handlebars while out riding near his home last Thursday, The Sun said.

The accident is his second on an electric bike, following a crash in August 2020 in the US, which saw him break his back and undergo six hours of surgery which involved having a metal rod inserted.

A source told the publication that The X Factor boss, who was reportedly not wearing a helmet, was ‘lucky to be alive’ and that passers-by had stopped to help him.

He was taken to hospital and given an X-ray, the source said, adding: ‘Simon was eventually released that evening — his arm in a yellow cast all the way up to the shoulder — and told to rest.

‘Despite this being his second great escape, Simon insists he’s not ditching the bike, but he will start wearing a helmet.’

Cowell recently became engaged to long-term partner Silverman, with whom he shares Eric.

The music executive is back in London to film Britain’s Got Talent alongside Amanda Holden, Alesha Dixon and David Walliams, with the show slated to return to screens in the spring.

The judges were photographed attending auditions and posed for pictures on the red carpet outside the London Palladium in mid-January.

The ITV series was cancelled in 2021 due to the pandemic.