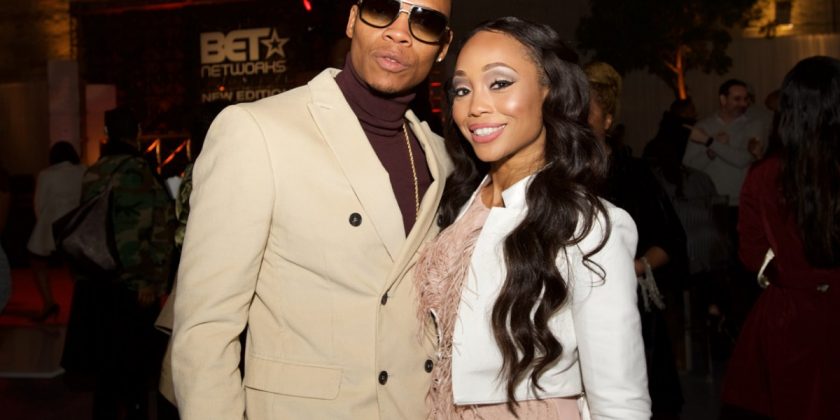 Shamari and Ronnie DeVoe confirmed the RadarOnline.com exclusive report that they owed a whopping $366,000 in back taxes, confessing that sometimes people “doctored up some documents” to avoid Uncle Sam.

The new Real Housewives of Atlanta stars told The Dominick Nati Show www.DomenickNati.com that they were guilty of not paying their tax bill from 2013.

“There’s some truth to everything in life. We’ve all had some tax challenges at some point, or doctored up some documents to be able to get some type of tax return,” Ronnie, a member of New Edition, said on the radio show.

The newest Bravolebrities to not pay the tax man owe $355,786.38, according to a document obtained by Radar from the Federal Tax Lien Department of the Treasury – Internal Revenue Service Notice.

Ronnie, who ran afoul of Kandi Burruss on RHOA when he gave her career advice had no shame for the situation.

“S**t happens in life,” he said. “That was one year that was a really good year and money was used to be able to take care of some other things. Every year after that has been amazing and paid for and up to date. We own up to our flaws ultimately. We are not a perfect couple. We are not perfect people.”

Shamari chimed in, telling Domenick Nati  “We are human.”

The couple also opened up about their scandalous “open marriage,” where she claimed that she slept with two other women and he slept with 10 on RHOA.

“What we went through was in our past,” Ronnie said, noting the situation was seven years ago.

“We’ve been in a committed and faithful relationship. It was faithful because we talked about it while it was going on.”

Ronnie said he and Shamari had “closed” their marriage.

“As of four years ago we rededicated ourselves,” he said.

“Our marriage has been restored. We are marriage ambassadors,” Shamari said.