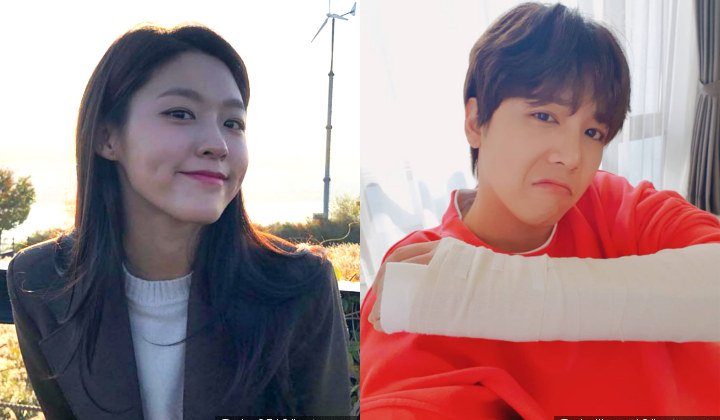 AceShowbiz –Seolhyun recently sparked concerns after she looked ill during performance at the Fortnite Korea Open 2018. Among those who have weighed in on the AOA member’s health issue was fellow K-Pop star Lee Hongki. However, instead of getting praised for his well wish, the F.T. Island main singer drew criticism for his advice to the 23-year-old star.

On Sunday, December 16, Seolhyun took to her Instagram page to address her condition. “I was fine before I went on stage, but since my condition wasn’t good, I think there was trouble during the performance. Although I wasn’t cold, I’ll make sure to dress warmly in the future,” she wrote along with a picture of her silhouette.

His comment has since drawn criticism from some of Seolhyun’s fans, who accused him of shading the “Orange Marmalade” actress. “It sounds like he’s blaming Seolhyun,” one follower claimed.

However, many have come to Lee Hongki’s defense, arguing, “He’s saying this to comfort her.” Another similarly commented, “Sounds like he’s just worrying for her???” Someone else explained, “They’re under the same agency and anyone can tell that he’s saying it because he’s worried for her.”

Some others accused media of stirring the controversy. One of them pointed out, “He’s right, though, why is this controversial? You have to eat well and gain weight to boost your immunity and prevent fainting or getting dizzy on stage. Sometimes it’s always the media that pits fights.”

Previously, on Friday, Seolhyun was trembling onstage during performance with her group AOA. After the performance of “Like a Cat”, she needed the help of other members to get up from her kneeling position. Some fans also saw her fainting. She eventually left the stage before the end of AOA’s set, while her group mates performed “Heart Attack” without her.

AOA’s label FNC Entertainment later released a statement about Seolhyun’s condition. “During the performance at the Fortnite Korea Open 2018 today, Seolhyun felt dizzy because of the smoke and gunpowder that was used on stage. She was taken to the hospital right away and received treatment. She is currently at home resting,” the agency said. “We will be more careful about the AOA members’ health in future. We apologize for causing fans concern.”

After the event organizers denied the use of gunpowder during the show, FNC Entertainment corrected its initial statement and said that Seolhyun was suffering from mild cold symptoms along with hyperventilation due to the hot air and large amount of people indoors. The agency assured fans that the star’s in better condition after receiving treatment from doctor.