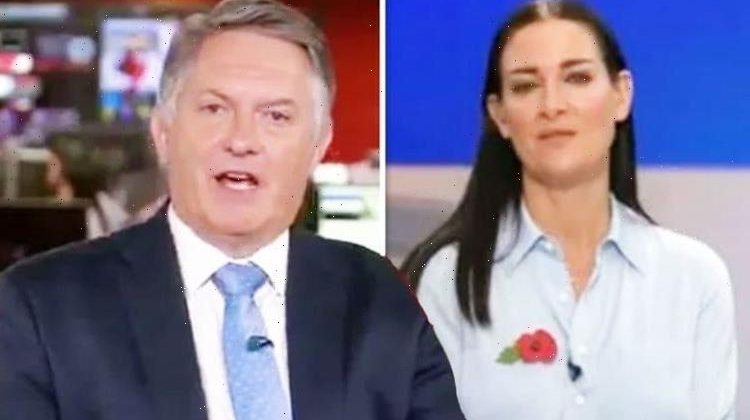 Simon McCoy, 60, and Kirsty Gallacher, 45, are the much-loved hosts on The Great British Breakfast Show. The duo appears most mornings on the daily programme on GB News.

Taking to Twitter, the former BBC broadcaster revealed how he played a prank on his co-presenter today but it seemingly didn’t go down well.

The newsreader admitted Kirsty was left unimpressed after he locked her out of the studio during an ad break.

Taking to the micro-blogging site, Simon tweeted: “@TheRealKirstyG not talking to me…. just because I locked her out of the studio when she went for a quick break. No sense of humour.”

He added a smiling-face emoji following his cheeky tweet.

In view of her 429,000 followers, the GB News host replied with a rolling eye and rolling on the floor laughing emoji.

His post was met with replies, as their colleague Josh Ram tweeted: “I love you guys!”

Sharing a candid photo of the pair together, Kirsty gushed over her pet dog.

She wrote: “Six years exactly today since I adopted this beautiful girl from @Battersea_& what a transformation!

“Every day I celebrate her progress from the distressed, abused dog I first met. Please think about adopting a pet, they need our help more now than ever.”

Fans gushed over the sweet post, as Kenny Cormick penned: “To see any progression of a dog that’s had a hard life is so rewarding with the love the give back.”

Navdeep Rehill said: “Happy 6th Anniversary to you and your girl.”

The Great British Breakfast on GB News airs weekdays at 6am.