Anyone else out there wondering where Sheri Easterling (aka Addison Rae’s mom) and Yung Gravy stand since showing up as a couple to the 2022 VMAs? Yeah, well apparently they’re no longer together—despite Yung Gravy poetically musing “I’m into MILFs and she’s kind of the queen of MILFs, so I figured it was just the perfect match.”

And (this may shock you) a source tells Us Weekly that their relationship was pretty much just a PR stunt. “Sheri was with Yung Gravy for publicity. It was an attention grabber. Both she and Yung Gravy loved the attention, but it was a brief romance that ended long before it became serious.” Oh, and apparently these days Sheri is “very single” and “isn’t dating anyone seriously right now.” 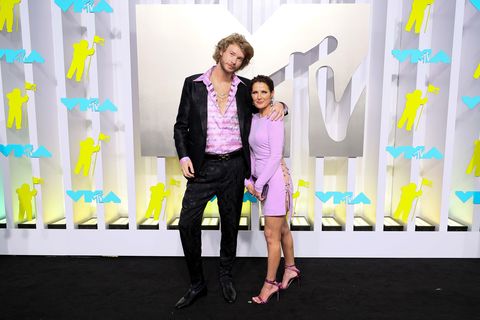 FYI, a source had previously indicated to Page Six that Sheri and Yung Gravy’s relationship might be for PR, and noted that—amid Sheri’s split from Monty Lopez—she was “going to find the hottest young boy” and “it would be Pete Davidson if she could have landed him, but the best-case scenario is Yung Gravy.”

Though to be fair, these two did seem to genuinely have each other’s backs. Yung Gravy even hopped online to defend Sheri from fans saying she was causing Addison embarrassment, saying “She’s newly single and living her life. Leave her alone lol.”