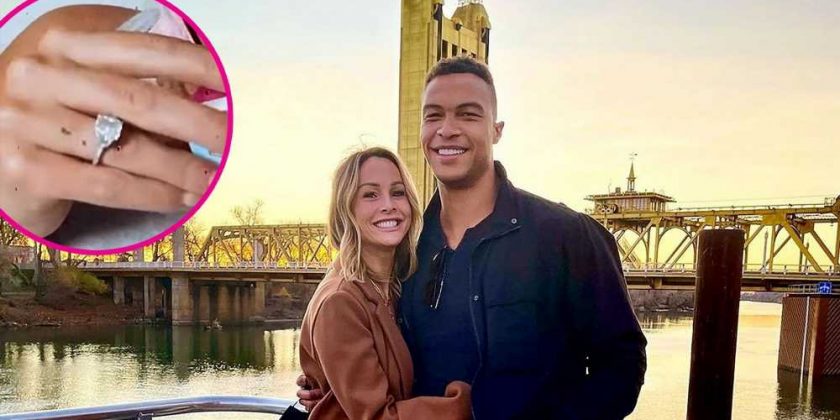 Back on for good? Clare Crawley had fans convinced that Dale Moss may have popped the question once more when she showed off her impressive diamond ring three months after the pair called off their engagement.

The season 16 Bachelorette, 41, shared an Instagram Story video on Monday, April 26, as she sipped on a juice box and ate saltine crackers. As she brought her pint-sized drink to her lips, a sparkly piece of jewelry on her ring finger drew attention. 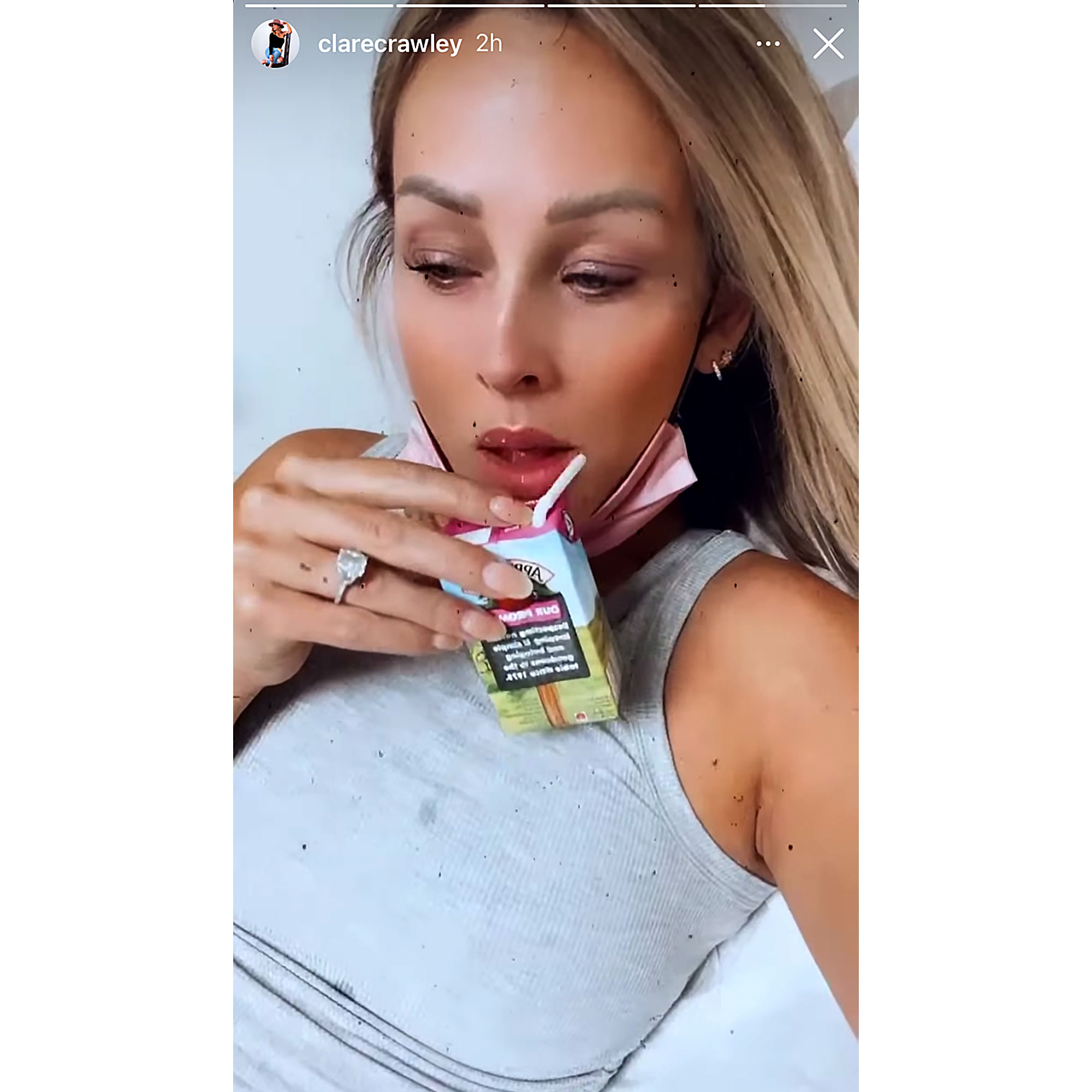 Bachelor Nation fans watched Crawley and Moss, 32, get engaged during a November 2020 episode of the ABC reality series. The pair fell for each other so quickly that they chose to exit after less than two weeks of filming, leaving Tayshia Adams to step in as the season’s lead. By January, Us Weekly exclusively confirmed the pair had called it quits.

“Clare and Dale did not agree on a lot of things in the long run when they sat down and really discussed the future of their relationship. … They finally realized that perhaps they did move too quickly after all,” a source revealed at the time.

The former football player later addressed his split from the hairstylist, hinting that the end of their relationship “didn’t come out of nowhere.” One month after their dramatic public breakup, the reality stars were spotted holding hands and getting drinks in Florida. At the time, an eyewitness revealed that the duo “100 percent” looked like they were “in love” while dining out at Rosebud’s Steak & Seafood House in Osprey, Florida.

Us confirmed later that month that the twosome got back together, but in March, a source explained that “nothing has been made official with regards to an engagement.” Another insider noted at the time that Crawley and Moss were “taking things slowly” this time around, but they were “supporting each other” as they navigated their post-Bachelorette lives. 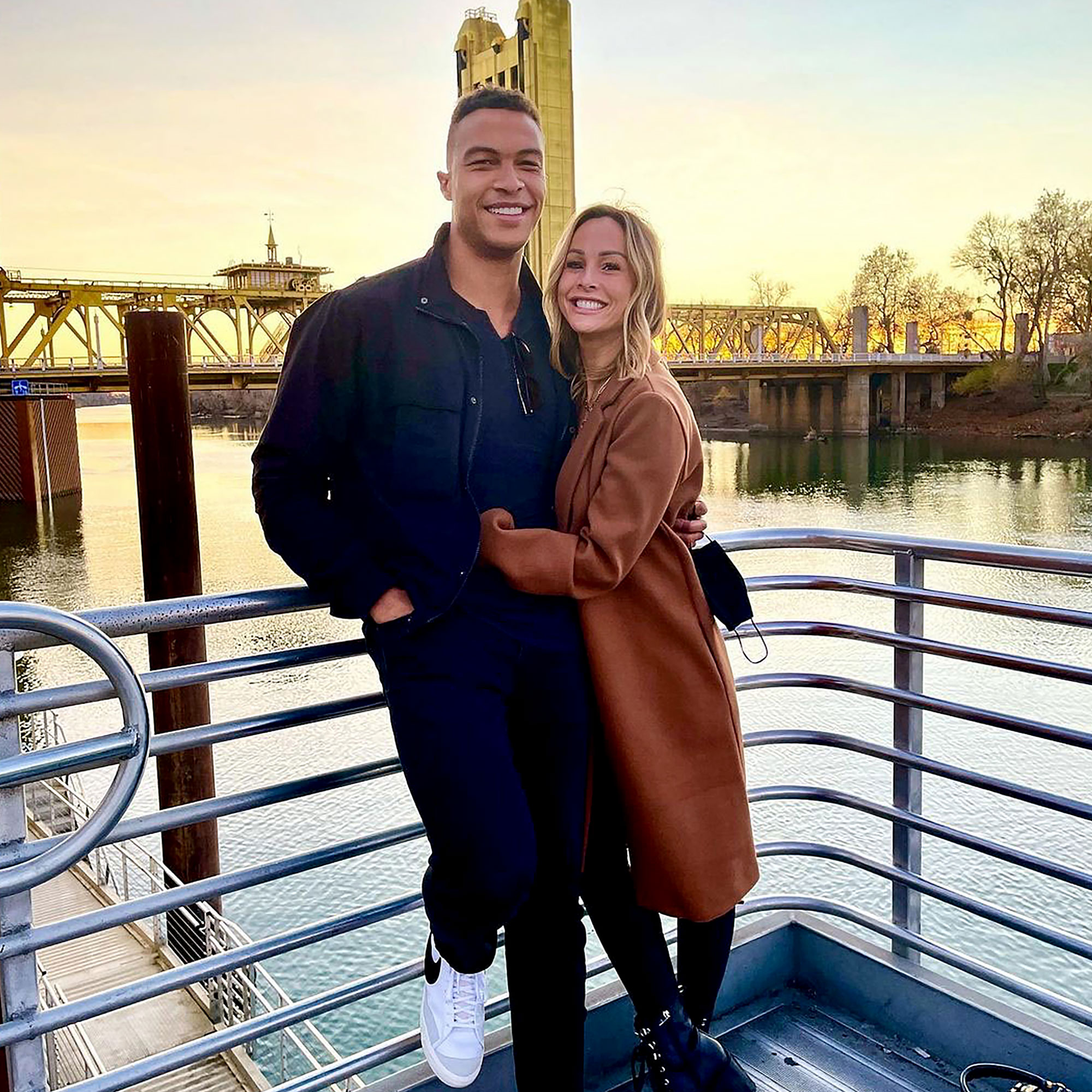 While they had previously played coy about their status, the duo went public with their reconciliation earlier this month. “Selfie skills on 💯,” the South Dakota native captioned an Instagram Story of himself and Crawley posing in front of a bathroom mirror with coffee cups in their hands.

The following week, Moss shared more insights about where he stands with the Bachelor alum during an interview on the “Hollywood Raw” podcast with Dax Holt and Adam Glyn, hinting that “everyone will know in due time” what’s really going on with the couple.

“We’re just living life and we’re doing it and being present with one another,” he explained, confirming that Crawley still had the Neil Lane engagement ring. “It’s been great to go about it that way.”

Though he asserted that they were “in a good place” at the moment, Moss admitted that parts of his split from Crawley were harder to deal with than others. Rumors surfaced amid the duo’s breakup that the model had been unfaithful, but a source told Us at the time that Moss “never cheated.” Still, the speculation was tough to work through.

“That was never a conversation, even when we went through our split. It wasn’t even a thing,” he said on the podcast. “You really have to look past that and focus on one another. I mean, that sucked. When things are going at your character, and something you’re completely against, those are the hardest things to handle. … But it was short-lived. I go to bed at night and not sweat about whether those things were truthful or not, because that’s not in my character. It’s just a learning experience.”