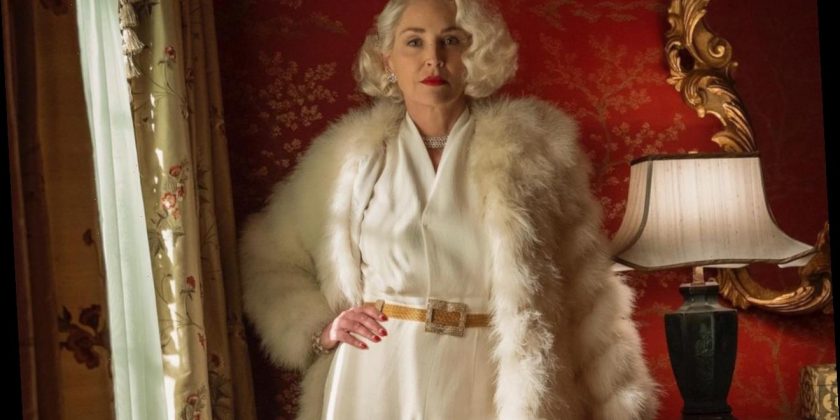 When promoting the release of her new memoir ‘The Beauty of Living Twice’, the ‘Basic Instinct’ star talks about the ‘silver lining’ of her frightening medical emergency.

AceShowbiz –Sharon Stone has opened up more about the “near-death” experience she had due to stroke decades ago. When promoting her new memoir titled “The Beauty of Living Twice”, the “Basic Instinct 2” star explained why she considered her life-threatening medical emergency “so profound.”

During a March 28 interview for “Sunday Sitdown“, the 63-year-old was asked to recall the moment she called her mother when she was battling massive strokes in September 2001. “You [told your mom], ‘You better get here quickly,’ ” host Willie Geist first pointed out to her. “Did you feel in that moment, Sharon, like you might die?”

In response to the question, the 1995’s “Casino” actress began by sharing what she remembered happened in the hospital. “The room was so silent,” she recounted. “When the room is so silent and no one’s running around trying to fix you, that’s when you realize how near death is and how serious everything is.”

Sharon then explained to Willie about a part in her book that talked about “the light, the feeling of falling, seeing people who had passed.” The ex-wife of Phil Bronstein elaborated, “I found out that I wasn’t the only one who’d had this kind of experience. It’s so profound.”

Looking back to her most difficult time, the Academy Award-nominated actress admitted that she can now see the “silver lining” of what she went through nearly two decades ago. She noted, “We’re here to learn our lessons.” She added, “I hope that I was humble and available to my lesson because I don’t wanna do it again.”

On how it has since been for her, Sharon claimed to be happily enjoying her “second life.” She is keeping herself busy with acting, modeling, painting and spending her time with her sons, Roan, Laird and Quinn.

Elsewhere in the interview, the mother of three also discussed things that made her reevaluate her priorities. “I’m in a really grateful place,” she said. “When I was a kid, I always wanted to have a house full of kids running and screaming and dogs and I got it. And I feel very blessed and happy about the life I got. We’re happy together and what’s better than that?”