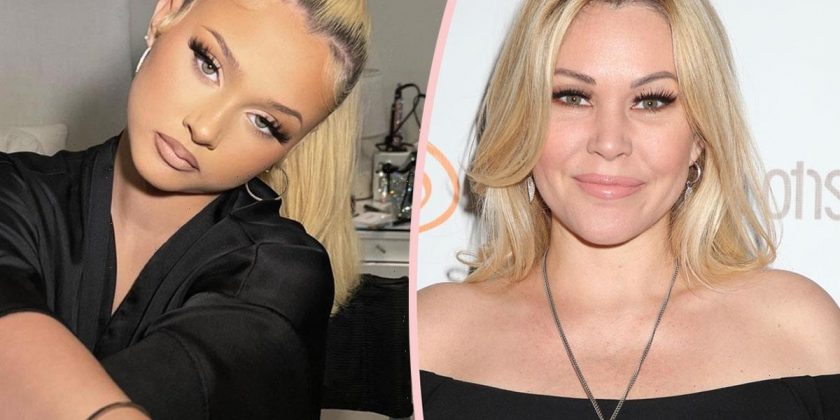 Shanna Moakler and Alabama Barker are not on the best of terms… Again.

As you’ll likely remember, the mother-daughter duo haven’t always had the smoothest relationship — remember back in May of last year when the 16-year-old and her older brother, Landon Barker, accused the Miss USA runner-up of being an absent mother? Not great stuff. However, they did eventually reconcile after Shanna’s split from an allegedly abusive boyfriend. But it would appear the blondes are back in battle mode.

In a Wednesday Instagram upload, the 47-year-old mother posed in pink sweatpants, a beige sweatshirt, and white Adidas, alongside the caption:

“Believe you deserve it and the universe will serve it!”

However, one curious fan ignored the pic entirely and turned the topic to Alabama in the comments, asking:

Surprisingly, the former Playboy model quickly laid it all out, claiming:

“Apparently, I’m a raging a**hole. That’s the word on the street. Lots of laughs.”

Uhhhh… Damn… While the fan chimed in one last time to write, “Well, I don’t think so. I love you. Keep shining bright, babe,” many other fans came to the defense of the teenager instead, writing things like:

“To be fair, a lot of kids that age think their parents are raging a**holes.”

“This is a classic mother/daughter relationship…nobody should be getting in the way of that.”

“I wish they would work on mending their relationship, and Shanna wouldn’t respond to strangers prying for information.”

Well, at least Alabama has her new stepmom Kourtney Kardashian and lots of new aunties in her corner! We hope the two can mend their relationship soon. Reactions, Perezcious readers? Let us know in the comments (below)!