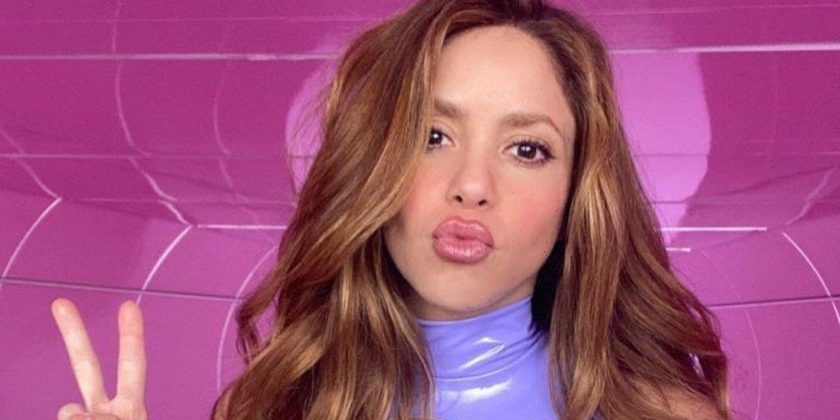 It’s reported that the ‘Whenever, Wherever’ hitmaker will leave behind the personal troubles, including the alleged tax fraud and her recent split from her longtime partner Gerard Pique, that are haunting her.

AceShowbiz –Shakira is seemingly planning to leave the personal troubles that have plagued her life in recent months behind. If a new report is to be believed, the “Whenever, Wherever” hitmaker will leave Spain amid alleged tax fraud and a recent split from her longtime partner Gerard Pique.

Multiple sources told Page Six that the 45-year-old star will relocate to Miami soon. In Miami Beach, she has close family and friends to rally around her and provide much-needed support. She also has a very private and palatial waterfront mansion.

Family friend and Douglas Elliman realtor Ana Lourdes Martinez calls the town Shakira’s “refuge.” Ana said, “Miami is her home. Her parents live here, her brother lives here, her niece and nephew, too. She doesn’t have any family in Spain. It’s a different environment from Barcelona.”

Shakira’s friends, including fellow musician Alejandro Sanz, her “La Tortura” duet partner, are reportedly trying to convince her to take her talents to South Beach. Additional sources close to the singer also confirmed her desire to relocate to the Sunshine State.

The news came weeks after Shakira announced her split from longtime partner Gerard, with whom she shares two sons Milan, 9, and Sasha, 7, due to his alleged infidelities. Gerard was reportedly privately messaging other women, including Brazilian model Suzy Cortez a.k.a. Miss BoomBum and secretly dating Clara Chia Marti, a 23-year-old public relations student, for months.

Shortly after announcing her separation, it was reported that prosecutors were calling for Shakira to serve eight years in prison following a two-year dispute over claims she didn’t pay her taxes between 2012 and 2014, during which time she was alleged to have been living in Spain. In response, Shakira insisted that she was actually living in the Bahamas at the time.

According to her representative, Shakira has never had any run-ins with the law concerning her taxes. The rep also confirmed that the “Can’t Remember to Forget You” songstress plans to prove her innocence once the matter has been given an official trial date.

“Shakira has always cooperated and abided by the law, demonstrating impeccable conduct as an individual and a taxpayer, and faithfully following the counsel of PriceWaterhouse Coopers, a prestigious and globally recognized tax firm,” her rep stated. “Unfortunately, the Spanish Tax Office, which loses one out of every two lawsuits with its taxpayers, continues to violate her rights and pursue yet another baseless case. Shakira is confident that her innocence will be proven by the end of the judicial process.”