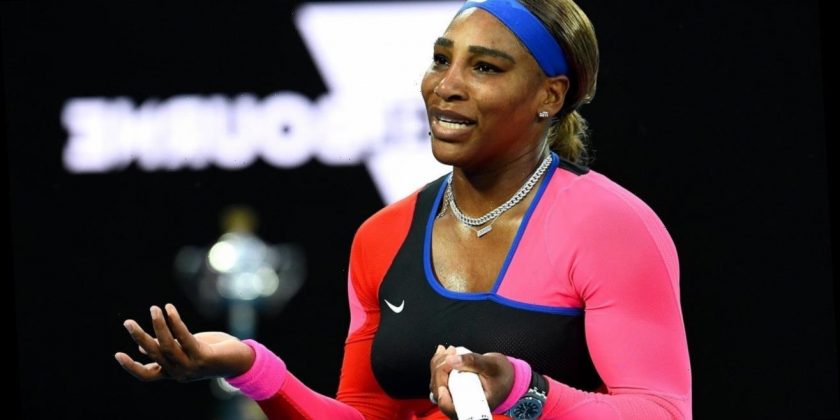 Naomi Osaka defeated Serena Williams 6-3, 6-4 in the semi-final round of the 2021 Australian Open on Wednesday. Osaka advanced to the final with the win, and in the process denied Williams a chance for a 24th career Grand Slam singles title, something she’s been chasing since 2018.

Following the loss, Williams and Osaka met at the net for a hug. The two have faced each other for some memorable matches, including the 2018 US Open. Before exiting the court, Williams addressed the crowd, holding her hand up and putting her hand on her heart in gratitude. As it always goes in sports, people immediately began analyzing whether that was the 39-year-olds way of saying a permanent goodbye to the fans in Melbourne.

While many athletes make major announcements ahead of retirement, this tennis legend says when she says farewell she will keep that information private.

In her post-match press conference, Williams was asked whether we just saw Williams compete for the last time.

After answering questions about her future, Serena Williams gets emotional and leaves the room. pic.twitter.com/5zTrOvuor0

When asked what her gesture to the crowd meant, Williams said, “I don’t know, the Aussie crowd was so amazing, it was nice to see.”

Regarding her future and whether a goodbye is around the corner, she said, “I don’t know, if I ever say farewell I wouldn’t tell anyone so.”

As questions continued to come in, Williams was appearing to get emotional and eventually stated she had to be done fielding questions, explaining, “I don’t know … I’m done,” as her voice began to shake more.

She was also asked what went wrong with the loss and said errors were the main reason for the loss to Osaka.

Williams said she wasn’t nervous, but just made easy mistakes that were very avoidable.

After her semifinal loss to Naomi Osaka, Serena Williams leaves the pressroom in tears.#AusOpenpic.twitter.com/g95Fva006O

Williams also addressed the loss on Instagram, thanking everyone for their support. She wrote, “Melbourne and my Australian fans- Today was not ideal outcome or performance but it happens… I am so honored to be able to play in front of you all. Your support -your cheers, I only wish I could have done better for you today. I am forever in debt and grateful to each and everyone single one of you. I love you. I love you. I love you. I adore you.”

This story was originally published by CBS Sports on Feb. 18, 2021.