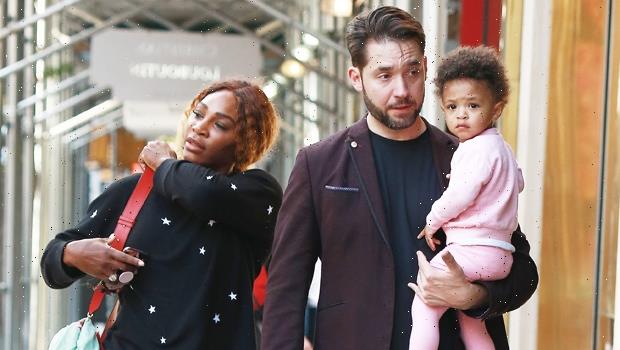 Serena Williams shared new photos from vacation with husband Alexis and daughter Olympia! The tennis star and her husband give their daughter big smooches in the sweet snapshots.

Little Olympia Ohanian’s side eye game is strong. Serena Williams shared a series of sweet snapshots with daughter Olympia, 4, and husband Alexis Ohanian on Instagram on Wednesday, Sept. 22. The tennis star, 39, and her Reddit co-founder husband, 38, give Olympia big kisses in the photos — and she looks so unbothered by her parents.

“I could not pick just one pic to encapsulate our love for one another,” Serena captioned with a heart emoji. In the first snapshot, Olympia’s famous mom gives her big kiss on the cheek. The pièce de résistance, however, is the very last snapshot, which features both Serena and Alexis giving their daughter a smooth on each side of her cheek as her face is squished between theirs.

The trio are currently on vacation in Puerto Rico with friend and producer Jessica Steindorff, who snapped the series of endearing family photos. Jessica shared a scenic snapshot with the tennis star and another friend from the town of Dorado on Wednesday — all three women looking fierce as they pose on a tree over a pool.

Little Olympia is not in the photo, but she’s still a tiny globetrotter in her own right. On her Instagram page created by her parents (which aptly has “adventurer” in the bio), Olympia has a series of photos from her travels. Whether the London Eye in England, the Palace of Versailles in France, or the Spanish Steps in Italy, the tot has practically seen it all.

Serena and Alexis, who wed in 2017, welcomed their daughter in September of that year. A year after welcoming Olympia, the tennis star and her daughter both graced the cover of Vogue together for the February 2018 issue. Discussing all things motherhood and marriage, the 23-time Grand Slam winner revealed that she would prefer for her daughter to not follow in her footsteps as a pro tennis athlete.

“I would hate her to have to deal with comparisons or expectations,” Serena explained. “It’s so much work, and I’ve given up so much. I don’t regret it, but it’s like Sliding Doors: Go through a different door and lead a different life. I’d like her to have a normal life. I didn’t have that.”