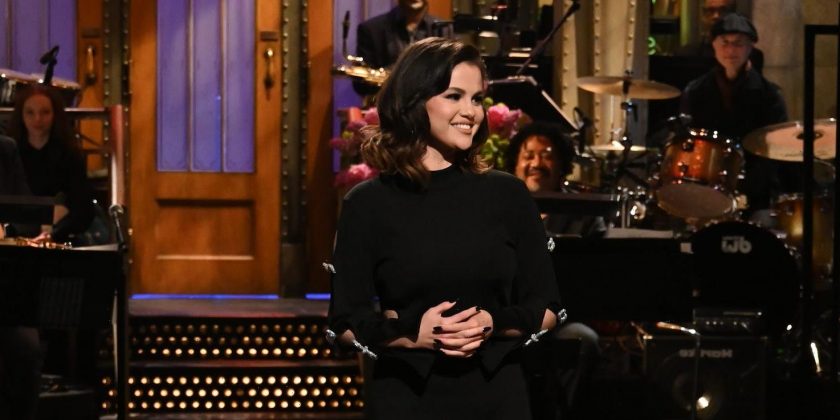 On May 14, Selena Gomez hosted Saturday Night Live and shared an impression it seems like she’s been working on for a while. But first, she joked about how many single people seem to find love in the SNL greenroom, mentioning her own single status.

Though she wants love, Gomez is not on any dating apps.

“I just want to put it out into the universe that I’m manifesting love,” said Gomez. “I’d like to say that I’m looking at my soul mate but at this point I will take anyone.”

This was Gomez’s hosting debut, but she said she got some advice from friends who have been through the SNL gauntlet before. That’s when she did her spot on impression of Miley Cyrus.

“I also asked one of my oldest friends, Miley Cyrus, and she said, ‘Just be yourself, and have fun,’” Gomez said, absolutely nailing Cyrus’s distinctive voice. “I was like, ‘Miley, is that just an excuse for me to do an impression of you on the show?’ And she was like, ‘Hell yeah, I’m Miley Cyrus.’”

In addition to this surprise “appearance” of Cyrus, Gomez was joined in a pre-recorded sketch by Steve Martin, who she is currently starring in a Hulu production with. In the sketch, titled “Inventor Documentary,” Gomez interviews Martin who is playing Archie Gizmo, one of the world’s greatest inventors. He created the whoopee cushion, which has definitely altered the course of human history.

In another sketch spoofing the popular Netflix show Old Enough about toddlers being sent out to run errands, Gomez sends out her long-term boyfriend to do some shopping for her. It doesn’t go well, as anyone who has sent out their boyfriend to buy their makeup would know.

“I’m really proud of him,” she says in the sketch. “Last night, I asked him to get me an eyeliner pencil and two shallots and he brought home 10 lbs of onions and a blush palette for African American women, so we should just break up.”

Selena Gomez and Melissa Villaseñor teamed up for another hilarious sketch as two women of Mexican descent hosting a talk show about their neighborhood of Pico Rivera, called A Peek At Pico. The mundanity of their observations are where the humor comes from, like Gomez dwelling on her new eyeliner.

“The eyeliner poked me in the eye,” she said says “That’s sad.”

This is a show a lot of us would actually watch.