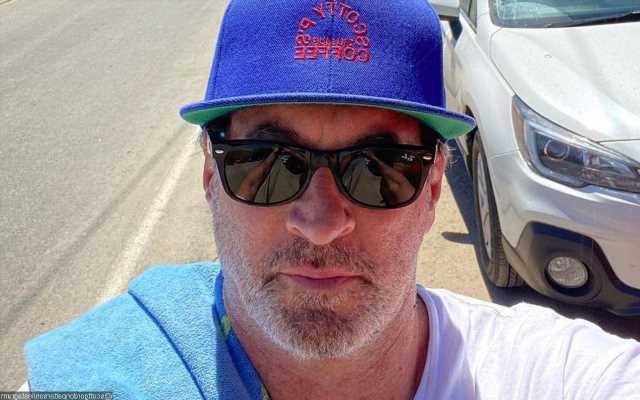 The actor playing Luke Danes in the beloved TV show will be joined by former co-star Yanic Truesdale for the first episode of ‘I Am All In’ which will hear him recaping all 154 episodes.

AceShowbiz -“Gilmore Girls” star Scott Patterson will watch and recap all 154 episodes of the beloved TV show for a new audio series.

The program revolved around single mum Lorelai, played by “Parenthood” actress Lauren Graham, and her daughter Rory, portrayed by Alexis Bledel, and aired on U.S. network The WB from 2000 to 2007.

“Gilmore Girls” regular Scott played the show’s Luke Danes, but he has never watched its entire run and can’t wait to share some inside scoop with fellow castmates for fans to enjoy on the podcast, titled, “I Am All In”.

“I have exciting news for all you Gilmore Girls fans, I have a new podcast called ‘I Am All In’!,” he wrote on social media. “Join me as I recap every Gilmore Girls episode and catch up with all your favorites…”

His first guest will be Yanic Truesdale, who played Michel Gerard on the series.

Patterson and Truesdale were both cast members for “Gilmore Girls” full seven seasons and also reprised their roles for the four-episode 2016 Netflix reboot, “Gilmore Girls: A Year in the Life“.

Like the former show’s star, Lauren, Scott has a special clause in acting contracts allowing him to exit any project should further “Gilmore Girls” opportunities arise, and he’s still hopeful that it may return in some form.

“I think there’s plenty of room for more,” he previously told U.S. magazine Glamour, “and yes, I would love to do more. Absolutely… the possibilities are endless.”

“I Am All In” debuts on May 3 on iHeartRadio platforms.