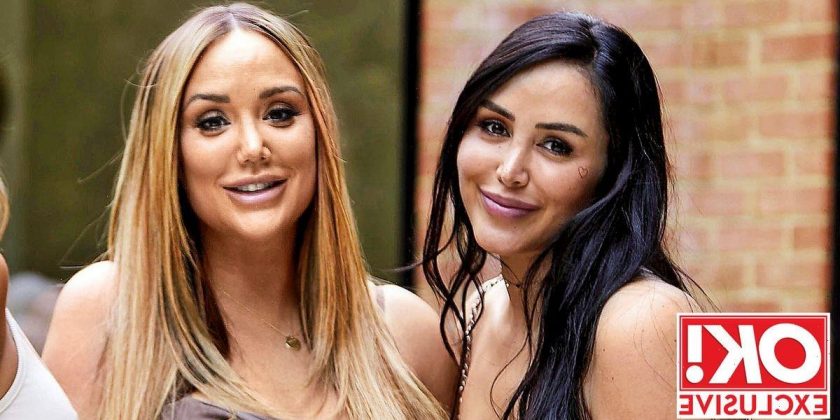 AsCharlotte Crosby’s due date gets closer and closer and as she prepares to welcome her first baby into the world, the formerGeordie Shore star has been leaning on her fellow cast members for support.

Since announcing the exciting news back in April, the 32 year old has kept things real when it comes to documenting her experience of pregnancy,and has opened up about everything from her gruelling hip pain to her intense heartburn.

And now, during an exclusive chat with OK!, mum-of-twoMarnie Simpson has spoken about her close pal’s nerves and how pregnancy has brought the pair closer than ever.

“Me and Charlotte have become extra close since she got pregnant. We talk every day,” 30 year old Marnie told us.

“She’s asking me for advice all the time and it’s so nice to finally have someone in the Geordie Shore cast that I can chat about this stuff to. I’ve waited three years for one of them to have a baby, so I think I’m more excited than her.”

Given that becoming a parent is something that no amount of reading can prepare you for, it’s no surprise that Charlotte has been left “nervous” and the thought of being a first-time mumwith boyfriend Jake Ankers.

“She’s always been so maternal, she’s got nothing to worry about. I feel like out of everyone, I was the least maternal.”

“It’s been crazy, it’s been wild. I was just saying earlier, I’ve really struggled with the adjustment going from one to two, which I wasn’t expecting,” she says.

“I think it’s just the lack of freedom, but it’s amazing, every day is a challenge and a journey. It’s been so nice to watch them together.”

Marnie’s comments come afterCharlotte revealed that her pal’s labour had convinced her to have a C-section.

Speaking to new! magazine, Charlotte explained: “Marnie had that awful labour which went horrifically wrong and she had a planned C-section with her second baby.

“She said it was a completely and utterly amazing experience compared with what she went through before.

"She said she couldn’t believe how magical it was. I’ve never really been keen to push a baby out of my vagina. I’m too scared to have a natural birth."