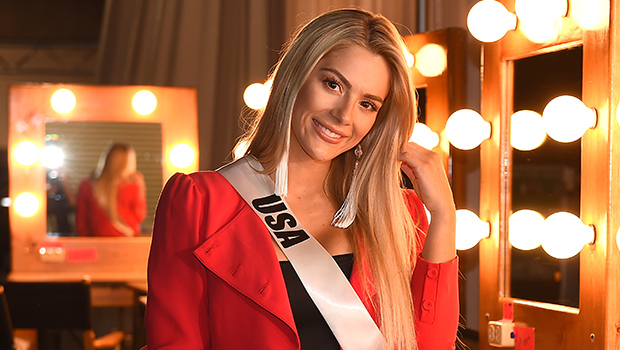 Sarah Rose Summers is representing the United States in the upcoming Miss Universe 2018 pageant on Dec. 16. Here’s everything you should know about her.

Sarah Rose Summers, 24, is set to represent the United States in the popular Miss Universe 2018 pageant in Thailand on Dec. 16 and all eyes will be on her. The stunning beauty queen has been a model for a number of years and her success in the industry has led her to receiving the prestigious honor of representing her country this year in the biggest pageant in the world. Before we get ready to watch her in action on the runway, we’re taking a look at five things about the beautiful blonde that’s made her who she is today.

1.) She’s originally from Omaha, Nebraska. She grew up in Papillion before later attending Texas Christian University in Fort Worth, TX, where she earned two degrees after studying child development and strategic communication. She also minored in business. She was a certified child life specialist before she entered the pageant world as a model.

2.) Her pageant career began at the age of ten. She asked her parents to let her compete when they received a postcard promoting a local child beauty pageant competition in the mail. She won the National American Miss Nebraska Junior Teen 2009 title after competing for four years and went on to represent her state as she won the 2009-2010 National American Miss Junior Teen title. A few years later, in 2012, she was crowned the Miss Nebraska Teen USA and competed in the Miss Teen USA 2012 pageant but didn’t win. After taking a break, she competed in the Miss Nebraska USA 2016 pageant and placed second. In 2018, she won the title of Miss Nebraska USA leading her to represent Nebraska in the Miss USA 2018 pageant, where she became the first woman from Nebraska to win. The prestigious win led to her place in the Miss Universe 2018 pageant.

3.) She was diagnosed with an auto immune disease as a kid. When Sarah was just four, she was hospitalized for idiopathic thrombocytopenic purpura (ITP), a disorder that is defined as having unusual low levels of platelets, the cells that help the blood clot. It can lead to easy excessive bruising and bleeding.

4.) She publicly apologized after receiving backlash for making comments some deemed “insensitive” and “racist” about two fellow Miss Universe competitors. In a live video stream she appeared in on Dec. 13 with fellow Miss Universe competitors, Miss Colombia Valeria Morales and Miss Australia Francesca Hung, Sarah spoke about Miss Vietnam’s H’Hen Nie inability to speak English. “What do you think of Miss Vietnam Nie?” She asked in the video. “She’s so cute and she pretends to know so much English and then you ask her a question after having a whole conversation with her and she goes [nods and smiles].” She also spoke similarly about Miss Cambodia, Rern Sinat. “Miss Cambodia is here and doesn’t speak any English and not a single other person speaks her language. Can you imagine?,” she said. Later, after the backlash ensued, Sarah’s mother, Desiree, insisted her daughter’s comments were taken out of context. “She in no way meant any harm. She doesn’t have a mean bone in her body,” she told TMZ. “She was just recreating how Miss Vietnam acts when she doesn’t understand what someone is saying. She wasn’t trying to mock her.”

5.) Some of her favorite types of posts to share on social media contain inspirational quotes and/or religious themes. Sarah has posted various pics throughout the months that are meant to provide support to her followers. One contained the a quote that read, “I pray that whoever reads this that God heals everything and whatever is hurting you” and another read, “Strong women strengthen other women.”