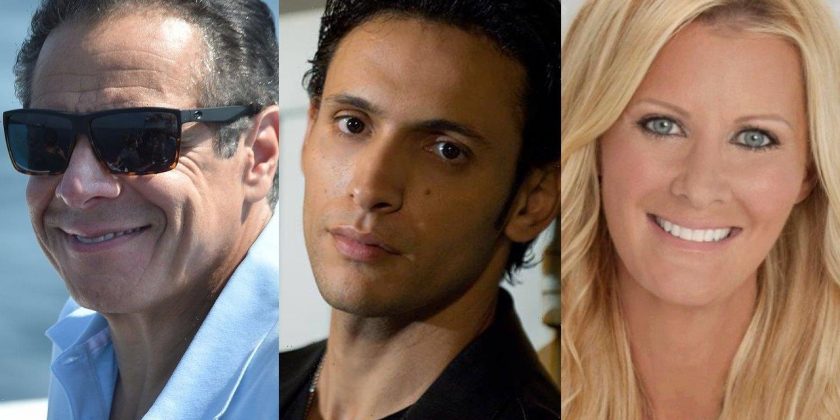 Following her split from the New York Governor, the ‘Semi-Homemade Cooking’ star is seen cozying up to the Algerian actor during a romantic vacation to St. Tropez.

The 55-year-old star and Ben were recently spotted on a romantic vacation to St. Tropez, France, according to Page Six. In photos obtained by the outlet, the rumored couple was seen walking hand-in-hand and sharing an intimate meal at the French Riviera hotspot. “Ben is a serious and accomplished nonprofit Interfaith leader providing the call to prayer heard all around the world,” a source told the publication. “He is as beautiful inside as he is outside — they make a gorgeous couple. They’re both extremely spiritual.”

Backing up the dating report, a source told PEOPLE that Sandra and her rumored beau “became friends when they met at a Santa Monica restaurant in March,” noting that “it’s very early but they seem to have an undeniable connection, but both are taking things slowly and enjoying getting to know each other.”

“Meeting each other during COVID was challenging,” the source further explained. “He’s become her friend and loving confidante quickly.” The so-called inside source told the publication, “He seems to be a good match as he has a deep understanding of all of Sandra’s worlds from her professional life to her dedicated focus on family and commitment to philanthropy.” The insider also noted that Ben was raised in a political family, as his father was a longtime Algerian diplomat.

As for the age difference between the two, the source informed the outlet, “Ben is 13 years her junior and Sandra struggled with the age difference refusing to date him at first.” The insider went on sharing that “Ben was patient and reassured her that age is just a number.”

In the meantime, a close friend of Sandra believed that the celebrity chef “needed someone completely different from Andrew.” The cookbook author’s pal added, “It took her two years for her to even consider dating again as she wanted to be sure she could make herself happy and to heal before she brought someone in her life.”

Sandra and Andrew decided to call it quits in 2019 after 14 years of marriage. “Over the recent past, we have realized that our lives have gone in different directions and our romantic relationship has turned into a deep friendship,” the couple said in a joint statement.

“We will always be family and are fully supportive of each other and dedicated to the girls. Our personal lives remain personal and there will be no further comment,” the former couple added. Their breakup came a few months after they listed their six-bedroom estate, nicknamed “Lily Pond.”