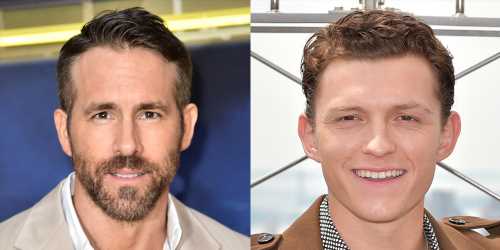 Ryan Reynolds is reacting to the news that Spider-Man is leaving the Marvel Cinematic Universe.

A fan sent a tweet to Ryan, who plays the Marvel character Deadpool, requesting that there is a movie with Deadpool and Spider-Man.

“Can we get a Spiderman & Deadpool movie now,” the fan wrote. Ryan responded, “You can. But you can only see it in my heart.”

Fans have been sending tweets to Ryan asking him to help broker a deal between Sony Pictures and Disney to allow Spider-Man to stay in the MCU.