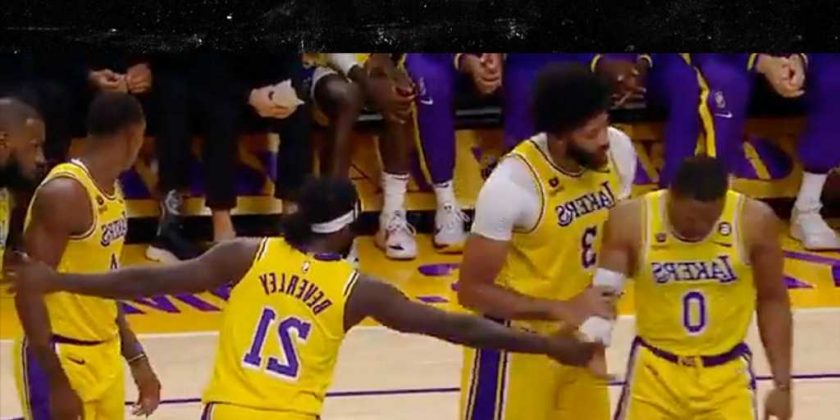 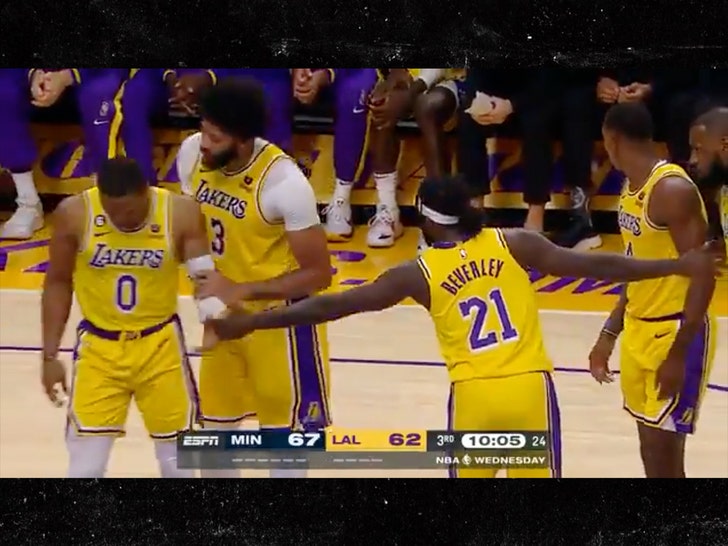 2:03 PM PT — Russell Westbrook just spoke with reporters about the viral video … claiming the context was cut out.

Brodie says he was actually talking to coaches about missed coverage at the time … but reiterates that he’s going to keep doing his job and continue to be a team player.

The beef between Patrick Beverley and Russell Westbrook may not be over after all … because Russ appeared to snub Pat during the Lakers’ preseason game Wednesday night.

The awkward moment occurred in the third quarter of the home game against the Timberwolves … when Beverley tried to rally his teammates on defense.

In the clip, Pat — who was acquired via trade in the offseason — was calling for a team huddle with LeBron James, Anthony Davis, and Lonnie Walker IV.

The issue … Westbrook was reluctant to join Pat Bev’s impromptu meeting on the court, leading AD to go over to Russ to see why he refused to join the huddle.

Beverley seemed to sense Russ wanted no part of his motivational speech, but that didn’t stop him from repeatedly motioning for Westbrook to be included in the discussion.

The cringe moment — which had the sports world talking — comes as the Lakers prepare to kick off their season next week against the defending champion Golden State Warriors.

Even Jake Paul chimed in on the situation, writing, “Lakers need to pull the plug and trade Russell Westbrook for their sake and for The Brodie’s sake.”

“He’s a star and needs his own team. Lakers need less stars and more Pat Bev’s,” he continued.

The Lakers missed the playoff last season … and with incidents like this, they could be in danger of history repeating itself.