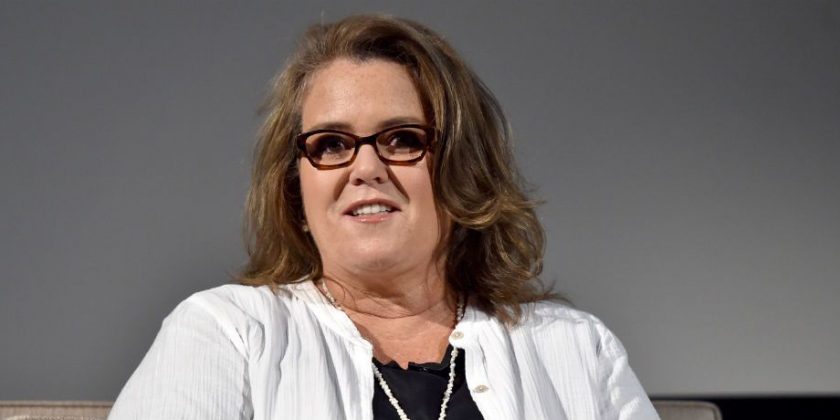 O’Donnell can now add “grandma” to her resume.

It’s been a long road for Rosie O’Donnell and her daughter Chelsea, but the two have finally made up and are welcoming a new member to their family.

Earlier today, O’Donnell took to her Twitter page to share a few photos of Skylar Rose, her daughter Chelsea’s first child. The first photo that was posted to O’Donnell’s social media account shows an up-close image of the baby at the hospital. The newborn is wearing a white onesie with hearts all over it and a little pink cap in the photo. On this particular image, Rosie’s caption simply read “joy.”

In the next image posted to her account, O’Donnell holds the little bundle of joy as she smiles for the camera. The comedienne is dressed-down for the occasion, going makeup free and wearing clear eyeglasses and a black hoodie. In the caption of the photo, she refers to herself as “nana” and uses the hashtag “big love.”

So far, the sweet tweet has earned O’Donnell a lot of attention with over 700 comments, 7,000 favorites, and 300-plus retweets. Many fans commented on the post to wish Rosie congratulations, while countless others said that they were pleased that her feud with her daughter Chelsea has come to an end. A few other fans also took the opportunity to share photos of themselves with their own grandchildren.

“Two lovely ladies to make my day! Congrats Rosie. SO sorry about [late actress and director] Penny [Marshall]. Sending you love and best wishes for a great Christmas and New Year,” one fan wrote.

“Look at the tiny little perfect nugget! Much joy to you and Chelsea with this blessing!”

“Congratulations to you and your daughter,” another chimed in.

One more photo from O’Donnell’s account shows a photo of Chelsea, her boyfriend Jake, and the baby.

A few months ago, Rosie surprised fans on The Talk by sharing that she and her estranged daughter, Chelsea Belle, had repaired their relationship. As the Inquisitr reported, the mother of five opened up about her relationship with Chelsea, who left the family’s home back in 2015.

“I think with my relationship with my daughter, Chelsea, it really has, because we went through some really public troubled times. She’s doing better now and we’re both communicating with each other,” O’Donnell shared.

She also told the ladies of The Talk that she and her daughter are a little bit more at peace now that they have reconciled and moved forward from their issues.

“When somebody does something unforgivable to you and you can forgive them and they can forgive you, there’s a kind of grace that descends upon the both of you, within that.”

In addition to Chelsea, Rosie has four other children — Parker, Blake, Vivienne, and Dakota.