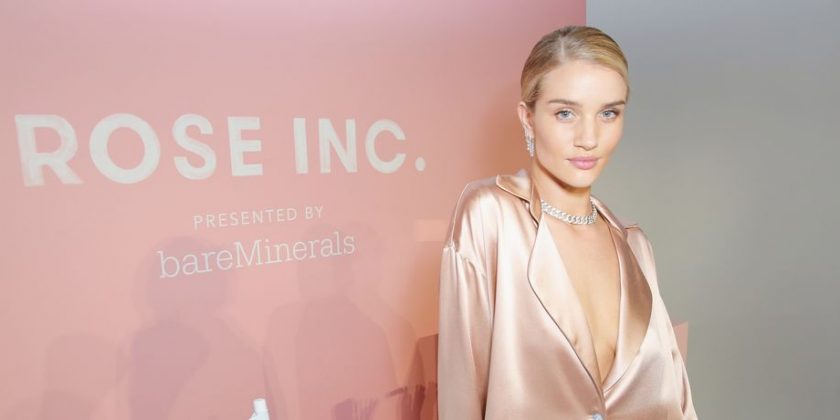 Rosie Huntington-Whiteley joins the list of celebrities who have decided to head to warmer places during the holidays, and she is definitely ending the year with a bang alongside fiance Jason Statham.

The couple went on an adventurous scuba diving session, which the 31-year-old shared with her 8.8 million Instagram fans on Thursday. Rosie posted a video of herself and her beau on her Instagram stories, which showed them cruising the sea on a boat that was packed with diving gear. The model looked sexy as ever in a barely-there yellow bikini, black sunglasses, gold hoop earrings and a necklace, as she recorded their outing.

The 51-year-old actor, on the other hand, was seen sporting a black polo shirt and dark sunglasses. Statham appeared very much focused on his phone during the boat ride. The couple, who have been together since 2010, seemed to be taking some time for themselves, as 1-year-old son Jack Oscar was nowhere to be seen. They welcomed their baby boy in June 2017, just over a year after announcing their engagement. The Mad Max: Fury Road actress told Extra in October how their lives had changed since the birth of their 18-month-old son.

“He is running around, he is saying a lot of words and talking baby gibberish, but I understand what he is saying, pretty much… it’s a lot of fun,” she said.

When asked about a wedding date, Rosie hinted that they’re postponing the ceremony until Jack’s a little older.

“I think the time will come. We’ve been so focused on our work for so long, and Jack came along. We definitely talk about it, we’re looking forward to that time, it’s also not a huge priority for us, we’re so happy,” she explained.

“I think it will be fun to do it when the baby’s grown up a bit and he can be involved in the wedding.”

Apart from the birth of their child, the two also have other reasons to celebrate as they’ve had a great year in terms of their careers. Rosie was named the third highest-paid model of 2018 by Forbes magazine, a tie with Chrissy Teigen, staying only behind Kendall Jenner and Karlie Kloss. Statham scored high with his performance in the shark thriller The Meg, co-starring Bingbing Li, Cliff Curtis, and Ruby Rose. According to the Daily Mail, the film racked up more than $530 million in revenue worldwide after hitting the movie theaters this past August.