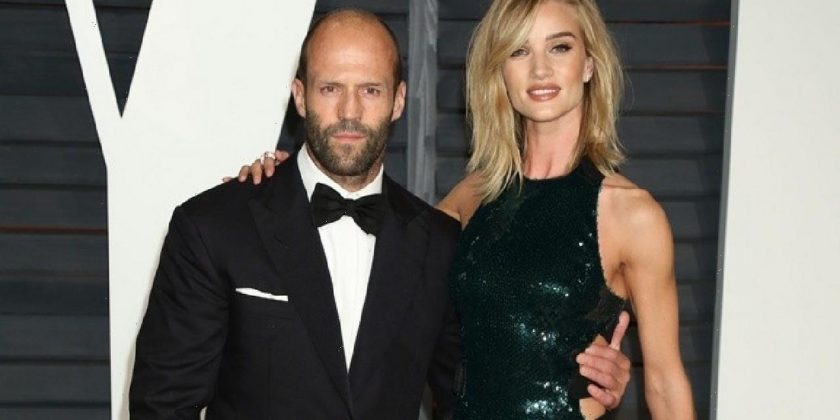 The ‘Transporter’ actor and his wife-to-be are having a new addition to their growing family as she shows off a baby bump to confirm she’s pregnant with second child.

AceShowbiz -Action man Jason Statham is set to be a dad again.

Rosie, 34, shared the happy news on Instagram on Thursday (19Aug21), showing off a photo of her growing baby bump.

Rosie and Jason, who became engaged in 2016, are already parents to four-year-old son Jack.

They are still not in a rush to wed, with Rosie telling Entertainment Tonight in 2018, “It’s not a huge priority for us. We’re so happy. I think it will be fun to do it when the baby’s grown up a bit and he can be involved in the wedding.”

After welcoming her son in 2017, Rosie relished being a mother. “The best part about being a mum is just the love,” she once said. “It’s just so beyond overwhelming, all the emotions, but at the end of the day, family just becomes the most important thing and it means everything.”

Although she often shared glimpses of her family life on Instagram, the model never really showed a clear picture of her son’s face.

In one candid picture with baby daddy Jason and their bundle of joy taken before the couple made a red carpet appearance, she explained, “Family moments are so precious, and it was just one of those moments where we were having our picture taken – we always take a little picture before we leave the house – and he came running out wanting to also be in the picture. He was in his nappies, so he was a little underdressed, but it was just a cute family moment.”