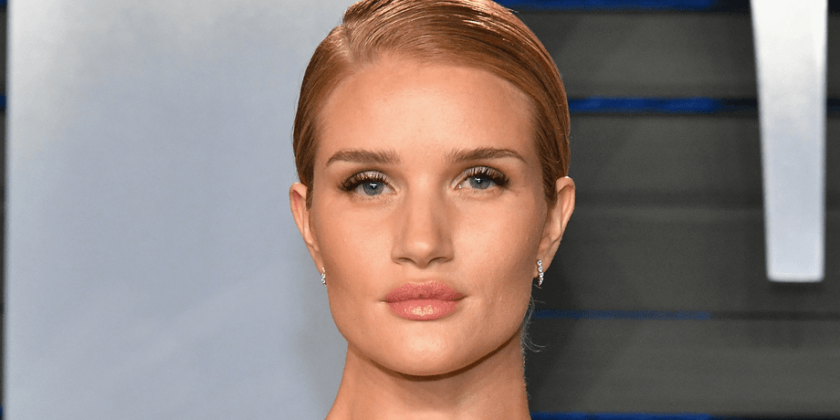 Rosie Huntington Whiteley shared a new bikini pic on Instagram with her fans. The photo was of her climbing out of an infinity pool, as she put her left hand on a stair rail and looked down at her feet. Rosie wore a red bikini with a short necklace, as she flaunted her toned midriff. She wore her hair pulled back in a low ponytail. The photo was captioned, “La Orana,” and fans exclaimed, “How did you have a baby? Jealous,” “That’s so beautiful!! Where is it?” and “So pretty.”

Huntington Whiteley’s other recent photos include a selfie of herself lounging poolside while enjoying ice cream. She posed in a brown short-brimmed hat and reflective black sunglasses. Rosie also wore a brown bikini top with scalloped edges. Plus, she also shared a photo of her legs submerged partially in water, as she wore a large watch and a wedding ring on her left hand.

Notably, Rosie and Jason Statham are believed to have married in a New Year’s Eve ceremony, according to Elle. The couple had a son around a year ago, named Jack Oscar Statham. The engagement has lasted a few years, and it was notably announced at the Golden Globes red carpet in January 2016.

Previously, the model opened up to Net-A-Porter about some of her past work throughout her career.

“I spent years and years as a catalogue queen. I did so much catalogue work and did all the high street brands, brands from all over the world that were much more mainstream. For years I couldn’t get a job in high fashion or luxury.”

Not only that, Rosie witnessed a major change in the industry that impacted every model.

“There came this turning point in the industry, not just for me but for a lot of the commercial models, around that time when social media had started to become a day-to-day experience that we all deal with. I think that editors, brands and magazines started to realize, hang on a minute, these sexy, traditionally more wholesome or commercial-looking girls were actually the girls that could sell and speak to real women.”

Throughout it all, it seems that Rosie has stayed true to who she is. With more than 8.9 million followers and counting on Instagram, it’s obvious that she has a large and dedicated fan base. And while she’s kept the NYE wedding ceremony under wraps, maybe she’ll share more details of it in the coming weeks or months.