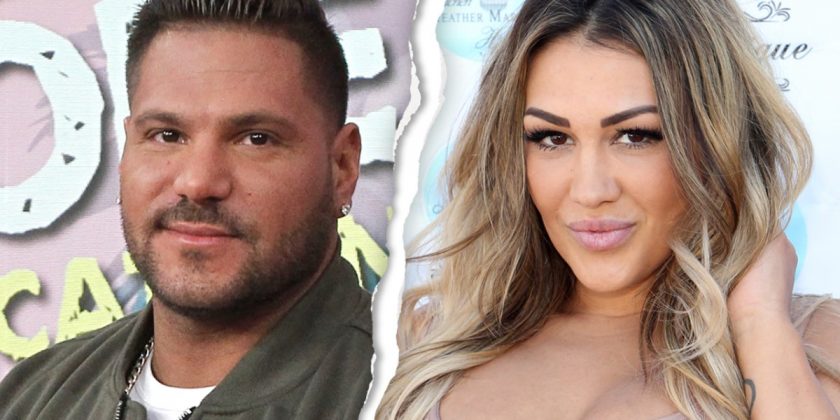 Single and ready to mingle!

Ronnie Ortiz-Magro and Jen Harley have split once again after a “huge” New Year’s fight, RadarOnline.com can confirm.

“Ronnie and Jen got into a fight on New Year’s Eve. They broke up before New Year’s Eve, got back together right before then and got in a big fight on Monday night,” a source told US Weekly, who was first to break the news. “They’re currently broken up. But it’s the same story every time: They are together, they fight, they break up and then get back together.”

“They fight — a lot. They have a very volatile relationship. It’s either great or the total opposite,” revealed the informant.

Ortiz-Magro, 33, has since deleted every photo of Harley, 31, from his social media. Harley, however, does still have photos of the reality star on her Instagram — the latest post being a family Christmas photo shared on December 16, 2018.

The Jersey Shore star also “liked” a comment slamming Harley that a fan left on a photo he shared of Ariana, their 8-month-old daughter.

The tumultuous pair first made headlines in April 2018 when they exchanged a series of insults on social media, with Ortiz-Magro insinuating that Harley had cheated on him.

Then, on June 24, 2018 Harley was arrested for assault. The same night, Ortiz-Magro exhibited “erratic speech” and was “hysterical,” a police report obtained by Radar revealed.

Months later, the pair was spotted together again vacationing in Puerto Rico.

Ortiz-Magro has also been put on blast as recent footage of Jersey Shore’s Summer Vacation shows the new dad getting flirty with other women.