She may not have abs (yet), but Ronda Rousey, 34, is still embracing her body just over a week after giving birth for the first time. The pro wrestler welcomed daughter La’akea Makalapuaokalanipō Browne on Sept. 27, and ten days later she proudly showed off her postpartum body with two mirror selfies of her torso and bare stomach. Ronda shared the photos to Instagram on Oct. 5, and in the start of her caption she recalled how her mother, Annmaria Demars, won the judo US Open just six weeks after she gave birth to Ronda’s older sister.

“When she was pregnant with me she only gained 12 pounds – and I was an 8 lbs baby!” Ronda wrote of her mom, adding, “I’ve decided to let her keep those records.” The WWE and UFC superstar then shared to her followers how her own body is holding up ten days after childbirth.

“My body seems to be recovering faster than I hoped,” Ronda shared, “but I won’t really know if Pō tossed a grenade on the way out till my 6 week checkup. Since breaking both my hands and getting pregnant it feels like I lost a lifetime of muscle – it’s easy to get discouraged over all that lost progress – but if anything I’m looking forward to getting cleared to train again even more.” The new mom went on to say that post-birth is her “opportunity start over and mold my body into its next phase.” Ronda also added the hashtags “BaddestMomOnThePlanet” and “ThisIsntEvenMyFinalForm” to close out her caption.

Ronda was praised for her postpartum body in the form of supportive comments from her followers, including fellow wrestlers Marina Shafir and Natalie Eva Marie. Ronda’s husband Travis Browne, 38, commented as well, writing, “6 weeks can’t get here soon enough!! Damnit you’re sexy!!” alongside a string of fire emojis and heart-eyed emojis. 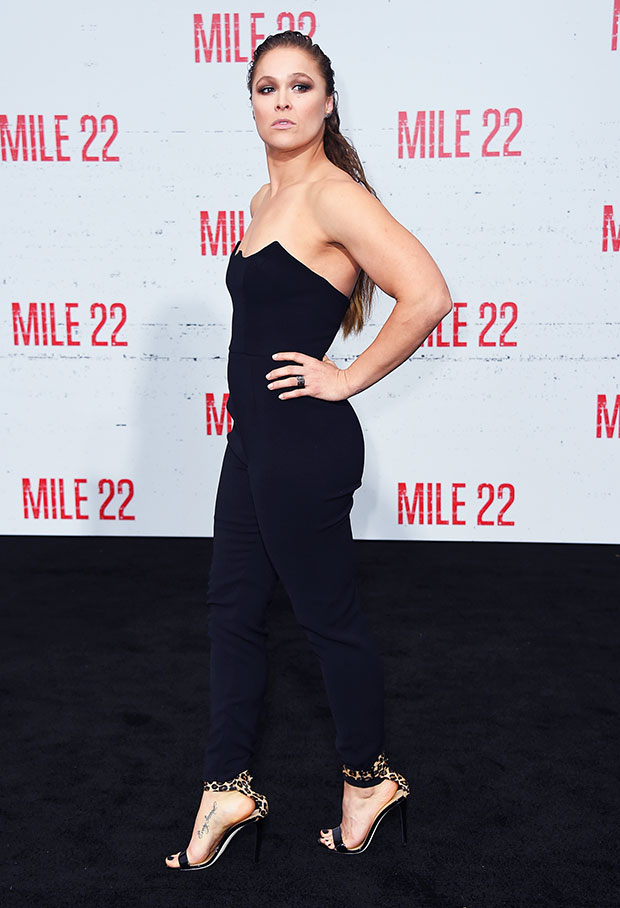 Ronda and Travis shared the thrilling news that they had become parents on Instagram on Sept. 27. Ronda posted a photo of herself holding tight to her newborn, and she captioned the image with the little one’s very unique moniker. “La’akea Makalapuaokalanipō Browne,” she wrote, along with a red heart emoji.

Travis, who said ‘I do’ to Ronda in August 2017 in Hawaii, posted the same photos as his wife to his own Instagram page after the birth of their baby girl. He captioned his post, “Welcome to this world La’akea Makalapuaokalanipō Browne. You are so incredibly loved!”