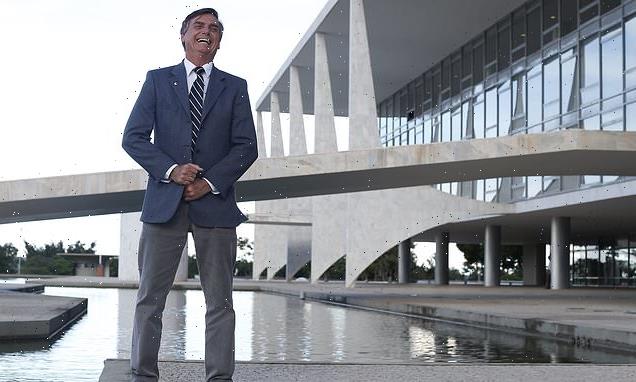 The Boys from Brazil: Rise of the Bolsonaros

Just imagine a political figure with outrageous opinions who insults his opponents, is known for his embarrassing gaffes and is dismissed as a joke by all the people who are supposed to matter — yet who unexpectedly wins power.

We’re spoiled for choice these days, but the man portrayed in The Boys From Brazil (BBC2) was Jair Bolsonaro, who makes Donald Trump look like the Dalai Lama.

In this second episode of a three-part series examining his rise to power, we saw him goose-stepping onto a stage with a silly grin on his face.

He proudly claimed to be in favour of torture, and told someone who asked him an awkward question: ‘You have a terrible homosexual face.’

Bolsonaro is now the President of Brazil and last night’s episode tried to answer the obvious question: ‘How did that happen?’ 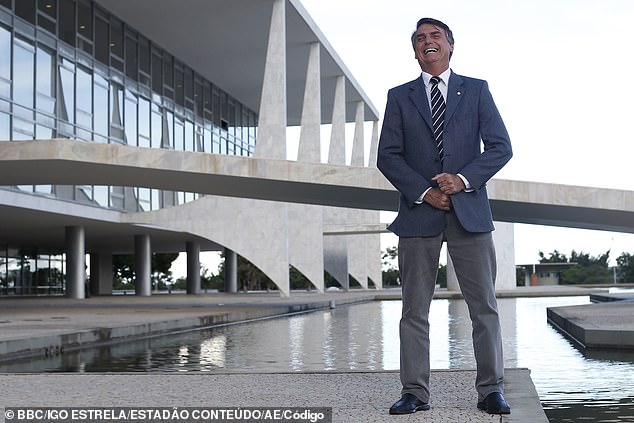 ROLAND WHITE: We’re spoiled for choice these days, but the man portrayed in The Boys From Brazil (BBC2) was Jair Bolsonaro, who makes Donald Trump look like the Dalai Lama

The answer, it seems, is partly luck. It certainly helps when your main opponent, who is battering you in the opinion polls, is jailed for corruption. That’s what happened to former president Lula da Silva.

But Bolsonaro really owes his success to social media.

Then his son Carlos had the idea of marketing his father as a lifestyle brand on YouTube. Gradually other social media sites caught on.

Soon Bolsonaro was greeted at airports like a pop star, carried on the shoulders of adoring crowds. He cleverly won the support of the influential Evangelical church and began to rise in the polls.

He even managed to turn an assassination attempt to his advantage. With his life hanging in the balance after he was stabbed at a rally, he broadcast from his hospital bed in a clear pitch to the sympathy vote. Worked, didn’t it?

And what did we learn from all this? That if the Liberal Democrats could find a charismatic leader and a social media genius, they might surprise us all.

A programme that tries to understand the British sense of humour must either have some new and profound things to say, or a string of good gags.

Britain’s Greatest Obsessions (Sky History) didn’t really have either, but the XXL-collared comedian Harry Hill made a decent enough attempt to discover why having a bit of a laugh is so important in this country.

Henning Wehn, billed as The Only Funny German, explained that his countrymen definitely have a sense of humour but don’t hold it in high regard.

‘It doesn’t matter how much you mess up at work, as long as you can tell the tale of your underachievement in an entertaining fashion,’ he said of the British. ‘In Germany, they laugh once the work is done.’ 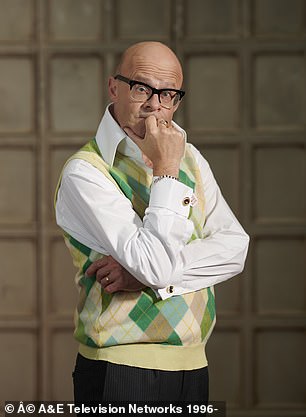 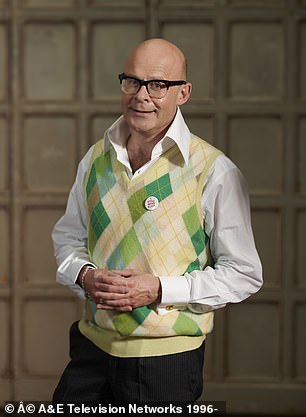 Britain’s Greatest Obsessions (Sky History) didn’t really have either, but the XXL-collared comedian Harry Hill made a decent enough attempt to discover why having a bit of a laugh is so important in this country

I could have done with more of Harry Hill meeting funny people and less of the celebrity panel, which featured Suggs of Madness, Chris Packham, Lorraine Kelly, Liza Tarbuck and the comedian Reginald D. Hunter (although Hunter was admittedly good on the differences between U.S. and British humour. Americans, he said, don’t understand sarcasm).

At one point Harry interviewed the actress Bonnie Langford, who was billed as an expert on pantomime. But is she really?

‘I’m thinking that, for a lot of us, our first experience of humour would be panto,’ said Harry Hill.

You see? A real panto expert would have replied instinctively: ‘Oh no it isn’t!’

CHRISTOPHER STEVENS is away.