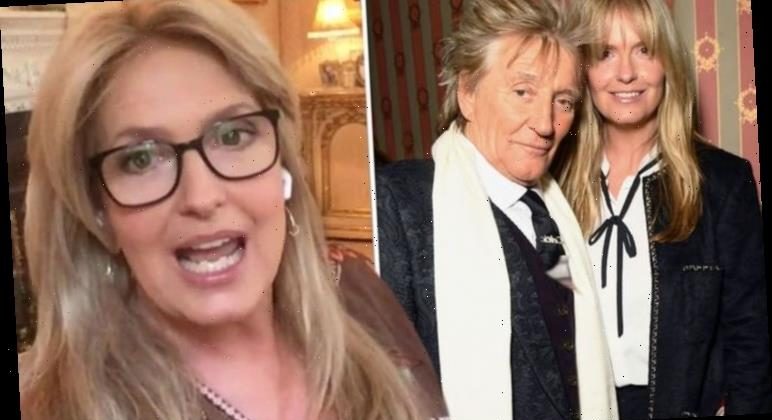 Penny Lancaster says she went out for dinner after giving birth

Sir Rod Stewart, 76, and Penny Lancaster, 49, who married in 2007, share two sons together; Alastair, 15, and Aiden, 10. Following the birth of one of their sons, the Loose Women panellist said she was left in pain and had stitches, but this didn’t stop her from going out for dinner that same evening.

The former model shocked her Loose Women co-stars Charlene White, Judi Love and Nadia Sawalha with her admission on the show today.

She began by saying her husband Rod asked her not to neglect him following the birth of their first son.

Penny took advice from her paediatrician, who said it was important to take your husband’s needs into account.

Rod had arranged dinner with her brother and sister-in-law that evening without Penny – presuming she’d still be in hospital. 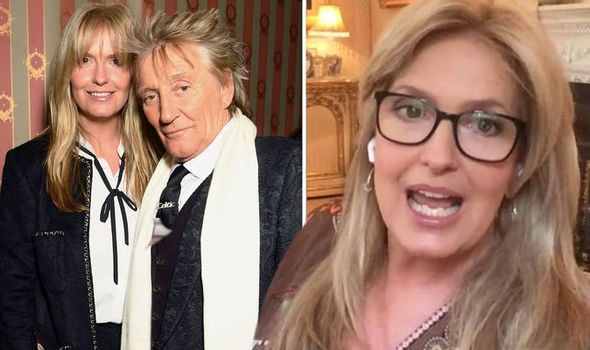 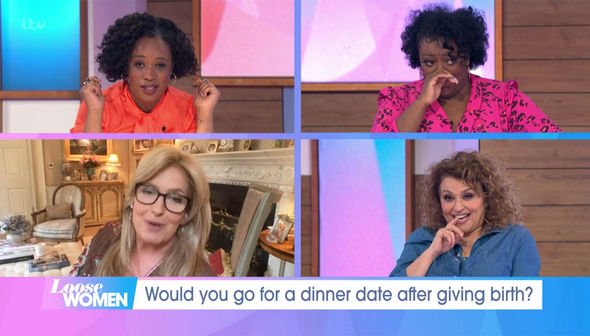 But, not wanting to miss out, Rod’s wife said she decided to join them, despite being in pain and with stitches.

She explained: “I gave birth about 4 o’clock in the evening and my brother and his wife were due to come and see me at the hospital, so Rod had planned dinner expecting that I was going to be staying in hospital.

“But I thought no, I’m going to start as I mean to go on and I went for dinner with them, bear in mind I had stitches and the nurses were really concerned that I might haemorrhage.”

Recalling her response, she said: “I said, ‘It’s OK, my brother is a paramedic and we’re just around the corner’. 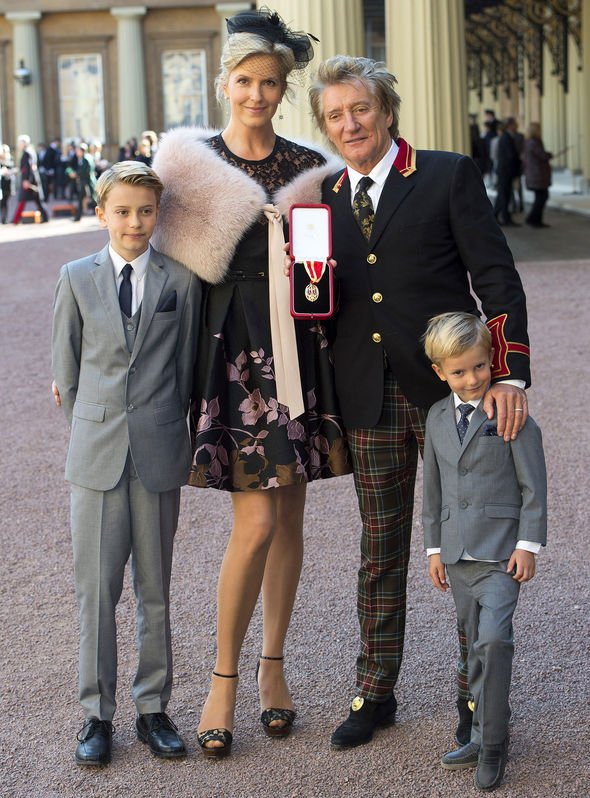 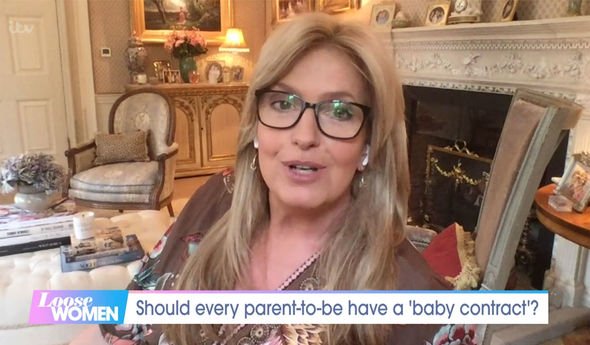 “I was in euphoria, those few hours after you’ve given birth you’re on another planet.

“I had to sit one cheek on the chair and the rest off, because of the pain.”

She then got a call from her mum, who was looking after their son at the hospital.

“She said, ‘Darling we need you back, the baby is crying for milk’.

“I was like, ‘Oh yeah,’ so I left them to it and went back to the hospital and the rest is history.”

Penny went on to say that ahead of giving birth to their eldest son, she decided to go and have a plaster cast done of her bump.

Despite her waters being broken at the time, she decided to stick with her appointment and had the casting done, before heading to the hospital.

The Loose Women star gave birth to the couple’s first son Alastair in 2005.

Rod has another six children from previous relationships.

The Maggie May hitmaker shares 28-year-old daughter Renee and son Liam, 26, with his ex-wife Rachel Hunter.

As well as this, he has three children; Kimberly, Ashley and Sean with first wife Alana.

He is also a dad to daughters Ruby and Sarah from previous relationships.