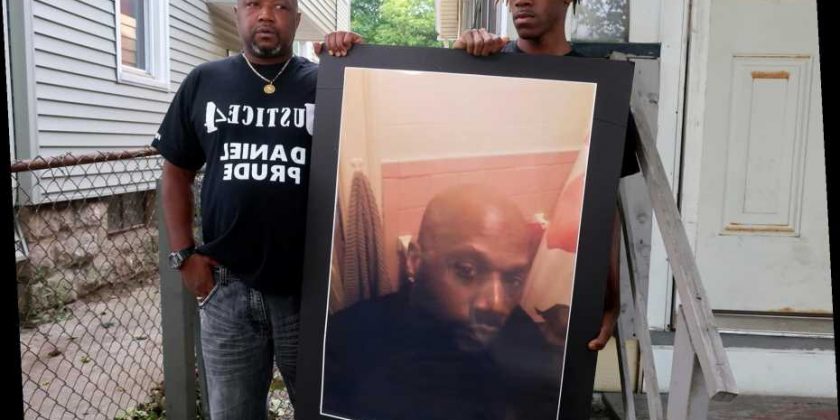 No police officers will face charges in the death of Daniel Prude, who died seven days after cops in Rochester, New York placed a hood over his head, knelt on him, and pressed his face into the pavement for several minutes, suffocating him.

While speaking at the Aenon Baptist Church in Rochester on Tuesday, February 23rd, New York State Attorney General Letitia James said that a grand jury had chosen not to indict any officers, as the Democrat and Chronicle reports. On Twitter, James issued a statement about the decision as well.

“My office concluded there was sufficient evidence surrounding Mr. Prude’s death to present the case to a grand jury, and we presented the most comprehensive case possible,” she said. “While I know that the Prude family, the Rochester community, and communities across the country will rightfully be devastated, we have to respect this decision. The current laws on deadly force have created a system that utterly failed Mr. Prude and so many others before him. Daniel Prude was in the throes of a mental health crisis, and what he needed was compassion, care, and help from trained professionals. Serious reform is needed in the Rochester Police Department and our criminal justice system as a whole.”

Prude, 41, died March 30th, 2020 after being taken off life support, but details and video of the altercation, taken from police body cameras, did not become public until September 3rd of that year. The Monroe County Medical Examiner, Dr. Nadia Granger, ruled Prude’s death a homicide by “complications of asphyxia in the setting of physical restraint.” Lawyers for the police argued that the restraint used on Prude was in-line with the techniques they were taught.

Prude’s death set off a wave of protests in Rochester and Mayor Lovely Warren ultimately fired Police Chief La’Ron Singletary. Nearly one year later, however, Rochester Police, are still coming under fire for questionable tactics: On January 29th, Rochester cops pepper-sprayed a nine-year-old girl while she was handcuffed in the back of a police car.