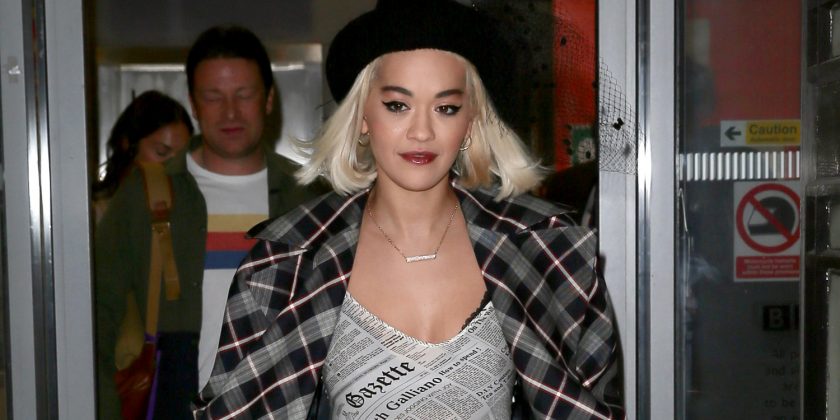 Rita Ora steps out for a radio station appearance on Friday (December 14) in London, England.

The 28-year-old singer wore a newspaper print dress and it might remind you of a dress that Sarah Jessica Parker once wore in Sex and the City!

SJP‘s character Carrie Bradshaw wore a John Galliano for Christian Dior newspaper-printed dress in season three of the HBO series and also wore it in the movie Sex and the City 2.

Galliano later made a similar design for his namesake collection and that is the one Rita chose to wear, according to Page Six.