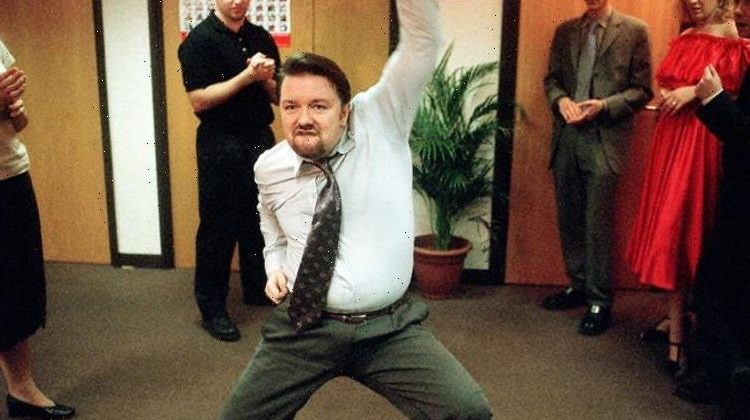 Celebrating the 20th anniversary of the first series being shown, Ricky says some of the jokes that made the nation fall in love with the characters would probably foul of keyboard warriors on social media now. Although The Office has not yet attracted the ire that has befallen the likes of Little Britain and Fawlty Towers, Ricky, 60, expects a backlash at some stage. He said: “I’m looking forward to when they pick out one thing and try to cancel it. Someone said they might try to cancel it one day, and I say, ‘Good let them cancel it. I’ve been paid!’”

Ricky created the fly-on-the-wall mockumentary with writing partner Stephen Merchant but says: “I didn’t have huge ambitions, it was never, ‘This is going to be a massive hit.’ Ratings were rotten too.”

Series one had the lowest audience of any new BBC Two show in 2001, but when it was shown again a couple of months late it doubled its figures to 2.5million.

The exploits of David Brent and his long-suffering staff quickly wormed their way into the national consciousness and The Office become a cult hit.

It went on to be named the best TV show of the past 20 years at the Broadcast Awards in 2015, scooped two Golden Globes and won a host of Baftas and Royal Television Society Awards.