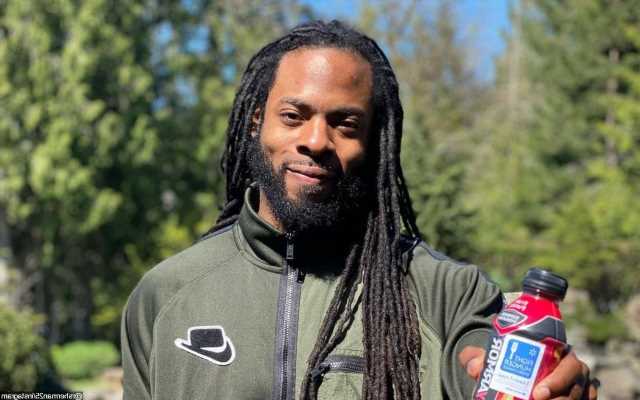 In a statement released on social media, the NFL free-agent admits that he ‘behaved in a manner [he is] not proud of’ and vows to get help for his ‘mental and emotional health.’

AceShowbiz –Richard Sherman is maintaining his innocence days after he got arrested for domestic violence. Despite saying that he was “deeply remorseful” for his action, the NFL free-agent pleaded not guilty to five misdemeanor charges.

The 33-year-old was accompanied by his wife Ashley when making a court appearance on Friday, July 16. At the hearing, he entered a not guilty plea to the charges of second-degree criminal trespass, third-degree malicious mischief, resisting arrest, DUI and reckless endangerment of roadway workers.

Richard himself has addressed his arrest by issuing a statement on Twitter and Instagram. “I am deeply remorseful for my actions on Tuesday night. I behaved in a manner I am not proud of,” he penned on Friday. “I have been dealing with some personal challenges over the last several months, but that is not an excuse for how I acted.”

“The importance of mental and emotional health is extremely real and I vow to get the help I need. I appreciate all of the people who have reached out in support of me and my family, including our community here in Seattle,” the athlete continued. “I am grateful to have such an amazing wife, family and support system to lean on during this time.”

Richard was booked on Wednesday morning, July 14 after trying to break into his in-laws’ house in the suburb of Redmond, Washington. Prior to that, he reportedly crashed his car in a construction zone along a busy highway east of Seattle.

In a clip obtained by TMZ, he was seen trying to break the door by hitting it with his shoulder. He was also heard screaming, “Come through, come through b***h.” His wife then called police to help her get her husband under control.

Richard, however, was let go from jail without bail on Thursday, July 15 with several conditions. Upon his release, he was not allowed to have contact with his father-in-law Raymond Moss. He is also prohibited from using any non-prescribed drugs and consuming alcohol.