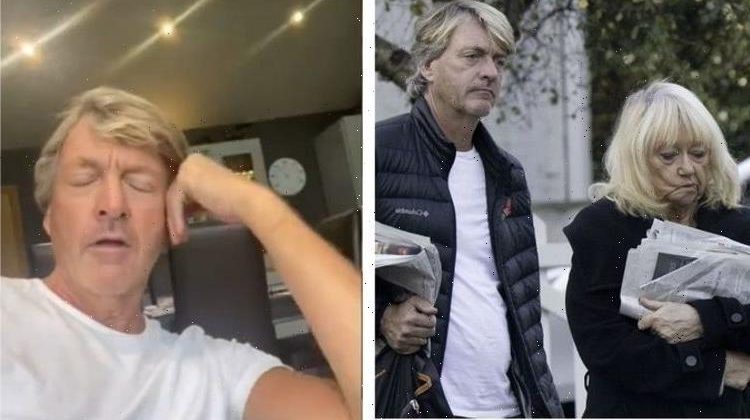 I’m A Celeb: Richard Madeley on being in quarantine

Ahead of his I’m A Celebrity stint, Richard Madeley previously recalled the trauma that wife Judy went through during lockdown last summer, plagued with uncertainty about whether their son Jack’s wedding plans would go ahead. The drama, which caused her to “lose weight and sleep”, sparked fears that the 65-year-old Good Morning Britain presenter’s family could be left devastated over the nuptials being ruined.

Judy’s losing weight over this and losing sleep

He had been glued to the television with baited breath, waiting to hear Boris Johnson’s decision amid fears that lockdown could be extended by several more weeks in the summer.

An extension of restrictions would have brought June and July weddings, like his son’s, to a complete standstill.

Yet, Judy and Richard, who have been married for more than 35 years, for as long as their son has been alive, presented a united front through the crisis.

When Richard and his co-presenter Susanna Reid heard from a couple experiencing exactly the same dilemma on Good Morning Britain, he’d been quick to reassure them they weren’t alone.

“I’ve got skin in the game as well,” he admitted, before adding: “As has my wife.

“She’s losing weight over this and losing sleep over this, [so] I know exactly what you’re going through.”

He added in encouragement: “You have my total sympathy.”

Ultimately, the “fairytale” wedding between talent manager Jack, 35, and his partner Issy Wilson did go ahead, much to the relief of Richard and Judy.

Plus, they didn’t have travel restrictions to worry about, as no exotic nuptials had been planned.

In fact, the pair tied the knot in a British ceremony in Burwash, a sleepy rural village in East Sussex, where The Jungle Book author Rudyard Kipling once lived.

Aside from a “huge marquee” and copious champagne, the ceremony was reported by guests to have been fairly down to earth.

However, if Richard had found the potential disruption of his son’s wedding plans stressful, that will no doubt be nothing compared to what the first episode of I’m A Celebrity will have in store for him.

His Instagram Stories previously told of his fear about being left in isolation with celebrities he might not get on with.

“They’ll have taken away all our communications,” he explained on social media.

“They’ll have taken away our laptops, our phones, disconnected the television, taken away radios, all the rest of it, no newspapers.

“We’ll be completely disconnected from the outside world!”

Richard had also experienced intense boredom in the lead-up to the start of the show, isolating on a remote Welsh farm to ensure he was free from coronavirus before he began.

In quarantine, he had sent a heartfelt message saying a final goodbye to his “beloved wife Judy”, marking the last words he could say to her until his time on the show is over.

He is set to join the Welsh castle this weekend, alongside stars including Frankie Bridge, Arlene Phillips and Louise Minchin.

Catch Richard on the show tonight at 9pm on ITV.